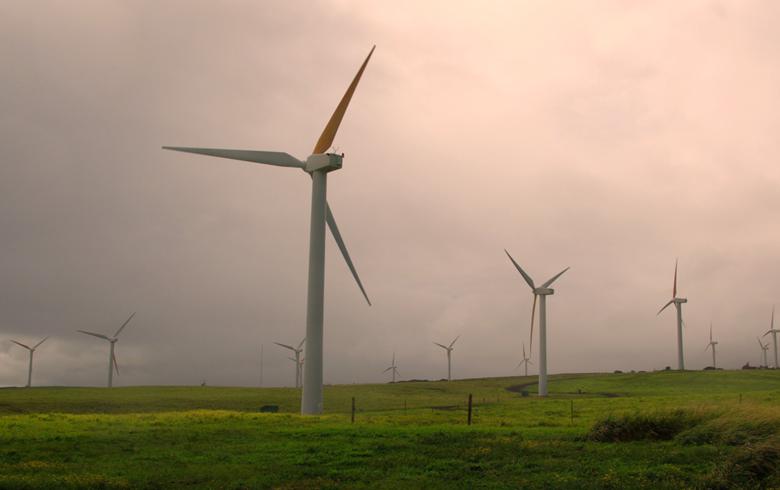 March 25 (Renewables Now) - Nearly all of Hawaii’s utility-scale battery storage capacity is installed with onshore wind turbines or solar photovoltaic (PV) systems, allowing excess electricity from those generators to be stored and used later, according to a report by the US Energy Information Administration (EIA).

As of January 2020, about 30% of Hawaii’s total generating capacity is solar or wind. The non-dispatchable nature of these technologies creates operational challenges for system operators. Pairing batteries with wind and solar systems has proven effective in mitigating the operational challenges. Hawaii plans to generate 100% of its electricity from renewable energy by 2045, and given this goal, wind and solar likely will account for a growing part of the state’s energy mix in the future. EIA expects that additional battery installations will support this growth. 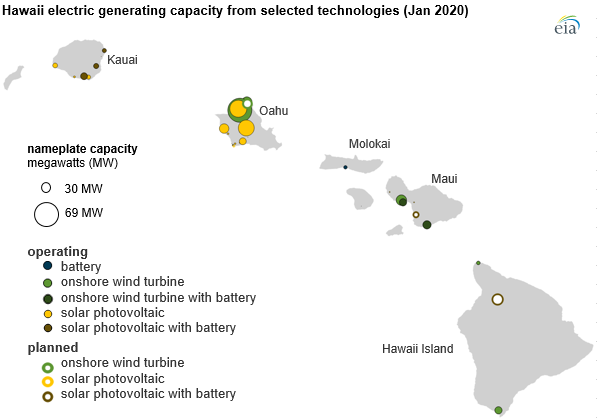 Hawaii plans to continue building renewable and battery storage capacity; operators have reported plans to EIA to add an additional 45 MW of solar with battery capacity to the grid by 2022. These new solar and storage systems will be located on Maui (15 MW of solar PV and 15 MW of battery storage) and Hawaii Island (30 MW of solar PV and 30 MW of battery storage). In addition to these systems, the Hawaiian Electric Company, the largest supplier of electricity in the state, has released requests for proposals (RFPs) seeking 900 MW of renewable energy and energy storage projects, including 594 MW of solar on Oahu, 135 MW on Maui, and 203 MW on Hawaii Island. Both Maui and Hawaii Island have mandatory energy storage requirements for new solar projects.