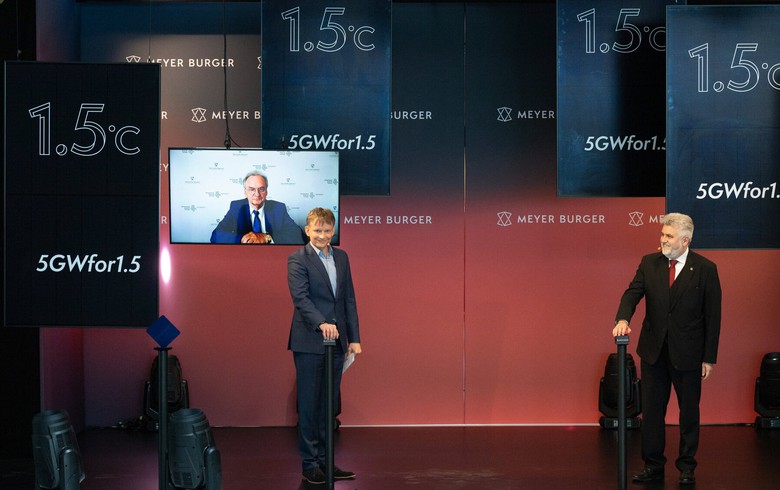 Officials at the opening of the Thalheim plant. Source: Meyer Burger

May 19 (Renewables Now) - Meyer Burger Technology AG (SWX:MBTN) opened on Tuesday its new 400-MW, first-phase solar cell factory in Thalheim, in the German state of Saxony-Anhalt, with plans to ramp up production in June.

The Swiss solar machinery manufacturer, which is making its first steps in the production of solar cells and modules, plans to expand to an annual production capacity of 5 GW by 2026.

The opening of the Thalheim site was attended by the state’s prime minister, Reiner Haseloff, Saxony-Anhalt’s minister for economics, science and digitalisation, Armin Willingmann, and the mayor of Bitterfeld-Wolfen, Armin Schenk.

The plant utilises the company’s own Heterojunction/SmartWire technology and is capable of producing up to 200,000 solar cells daily. These will be processed into solar modules in Freiberg, where Meyer Burger plans to open its facility on May 26 ahead of the start of module shipments in July. It relies on a supply chain that is built “as locally as possible,” with polysilicon coming from Europe.