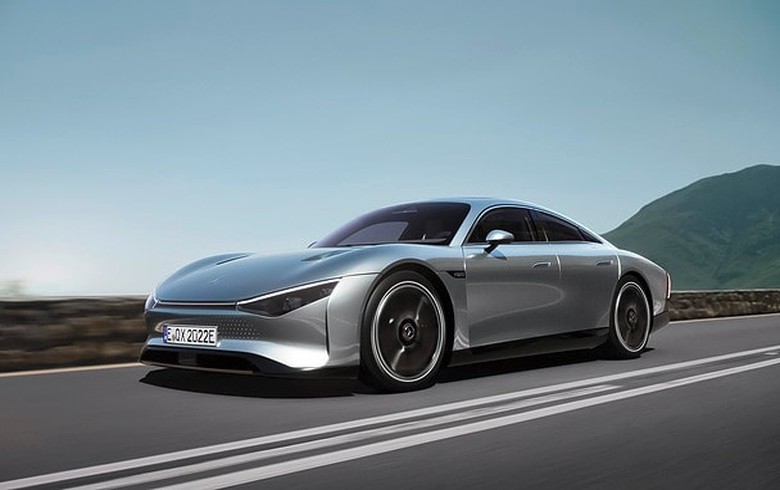 The latest VISION EQXX electric car model will have 117 solar cells on its roof. Image by Mercedes-Benz.

January 7 (Renewables Now) - German carmaker Mercedes-Benz has unveiled the latest model of its electric fleet, Vision EQXX, which will have 117 solar modules on its roof.

The ultra-thin roof panels will feed the battery system to add up to 25 km (15.53 mi) of extra range on long-distance journeys on a single day and under ideal conditions, Mercedes-Benz said earlier this week. The energy generated by the solar cells is stored in a lithium-iron-phosphate battery and is used to power the climate blower, the lights, the infotainment system and other ancillaries. In the future, the carmaker plans to use Mercedes-Benz solar power to charge the high-voltage system, too.

The company claims that it is the most efficient car it has ever built with energy consumption of less than 10 kWh per 100 km and a range of more than 1,000 km on a single charge. The car is equipped with a battery pack with almost 100 kWh of energy. The battery is, however, 50% smaller and weighs 30% less than the already benchmark pack in EQS in order to fit into a compact car, the carmaker said.

The vehicle was developed in cooperation with the Fraunhofer Institute for Solar Energy Systems ISE.