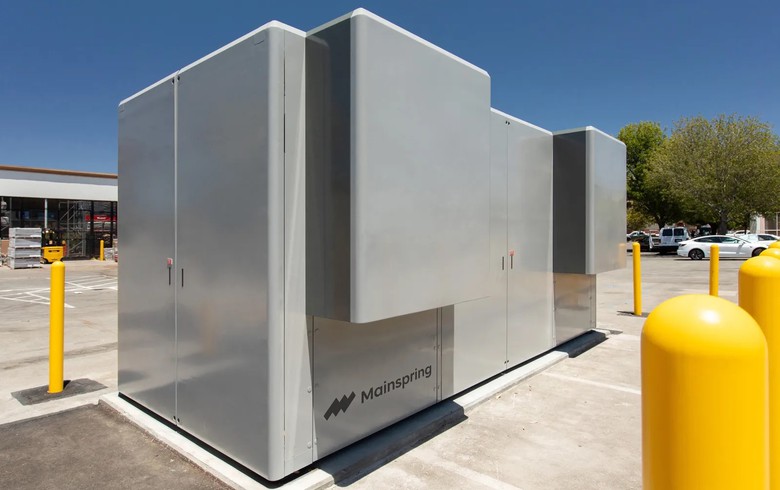 The company said in a statement that this is the first power generation technology to provide this level of fuel flexibility. It aims to deliver a UL-certified model of the generator in 2023.

In addition to hydrogen and ammonia, the generator can run on biogas, renewable natural gas and other widely available gaseous fuels, and utilises software-based control to switch between them automatically.

According to information on its website, the product is modular and each package contains two linear generator cores that operate in tandem. It has 15 MW per acre scalability.

The Mainspring Linear Generator is suitable for behind-the-meter applications and also allows use in large grids, microgrids, data centres, among other similar operations. An immediate high-potential application for the product is displacing the use of diesel generators for backup generation operations. Mainspring says that its generator is ideal for firming renewables.

"Fuels like zero-carbon hydrogen and zero-carbon ammonia have the potential to reshape the national energy landscape. Any device that could efficiently convert ammonia directly and cleanly to electricity would be a game-changer for the use of ammonia on the power grid to firm renewables, since it would avoid the energy loss associated with converting ammonia back to hydrogen to use as a fuel,” commented Michael Webber, the Josey Centennial Professor in Energy Resources at the University of Texas at Austin.

A month ago, Mainspring announced it had raised over USD 150 million (EUR 142.6m) in the first stage of its Series E funding, led by global growth equity investor Lightrock and joined by Khosla Ventures, Bill Gates, Fine Structure Ventures, the private equity arm of Fidelity Investments' parent company, Princeville Capital, and Lineage Ventures. It said it will use the funds to develop new linear generator models and to speed up the adoption of its products.