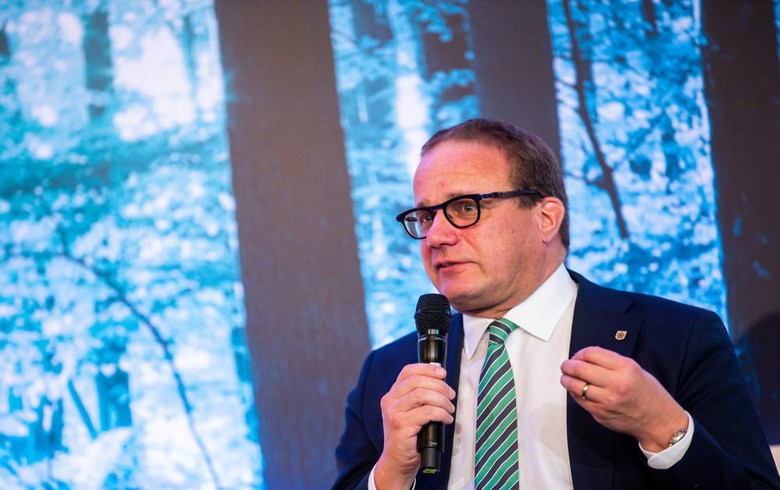 November 3 (Renewables Now) - The city of Lahti, southern Finland, is home to a population of some 120,000 and has a goal to become carbon neutral in 2025, ten years before the country as a whole is due to meet the same target. Its environmental actions earned the city the title of European Green Capital 2021. Lahti city mayor Pekka Timonen believes that sustainability should always be part of normal city development and that being greener gives you a competitive edge.

Renewables Now met with mayor Timonen at the Budapest Climate Summit in October to discuss Lahti’s environmental past, present and future and the challenges of decarbonising cities.

Lahti’s green initiatives started in the 1970s when the citizens looked at the polluted Lake Vesijarvi and banded together to take action. Direct sewage discharge into the lake stopped in 1976 and efforts to restore its eutrophic waters started. But then the 1990s came:

“We are an old rust belt, our old industries really collapsed in the 1990s, so we had to find a new way of creating growth and well-being. It’s been really heavy for us,” Timonen tells us.

Today, Lahti does not have a landfill. Over 99% of the city’s household waste is recycled and used to produce recycled materials and generate energy. There used to be a big coal-fired power plant in Lahti, but it was closed in 2019. Some EUR 180 million later, the city replaced the facility with a bioenergy plant that uses biomass from different industries to produce mostly heat and some power.

“We already cut our emissions by 70% from 1990 levels. Based on our latest calculations, done this May, we are on track to meet our 2025 goal,” Timonen says.

CITY SIZE DOES (NOT) MATTER

The trick to cleaning up Lahti is not that the city is small. In fact, Timonen rejects that label:

“Lahti is a mid-sized European city, and actually most Europeans live in mid-sized cities like Lahti. In cities with a population between 100,000 and 300,000.”

As the mayor explains, size should not matter since all cities have to tackle the same issues in order to become green(er): energy, energy efficiency, traffic and infrastructure, waste management and buildings. “It is also more and more about carbon sinks”, Timonen adds, pointing to possibilities to reforest areas in the eastern part of the town.

In larger cities, there are more resources and impacts of decision-making can be greater, he says. But also, some cities may find it easier to clean up their energy mix before addressing pollution from traffic, for others it is vice versa. There is no on-size-fits-all solution to decarbonising, Timonen insists.

The Lahti city administration does not have a separate environmental or climate strategy. Instead, environmental considerations are built into the daily planning, according to the mayor.

“We think of it as a holistic strategy. Being more sustainable should be considered normal city development,” says Timonen.

Even as Lahti is getting praise for thinking green at every step, Timonen highlights that there is still more work to be done. Currently, much of the pollution in Lahti comes from traffic, with emissions from personal vehicles being the principal culprit. The good news is that there is a solution to that, and some progress has been made with public transport also. One third of buses in Lahti are electric, and more will hit the streets soon.

Right now, however, no city in the world has any solutions for heavy trucking. Timonen says Lahti is having a closer look into what kind of emissions are imported to the city.

Also, Lahti’s grid is not fully green yet. While the local energy company operates “a lot of wind power” nearby, and “solar power is becoming a stronger and stronger part of the energy mix”, the city still needs fossil fuels as back-up.

“We are an Arctic city. On a very cold day, when temperatures reach minus 35° C, we might need an extra boost from fossil fuels” the mayor admits, adding that their replacement is in the plans.

As we look at Budapest’s cityscape, we wonder how Europe will ever be able to decarbonise this many old buildings, especially knowing that some of them are cultural heritage sites and protected from intervention.

“I think some of the listed old buildings, they can remain, I don’t think they are a major part of the problem. First, we do the low-hanging fruit, there is so much to do in ordinary homes and houses, let’s do that first then see what we do next,” Timonen answers.

Lahti is already on the job. This year, the city launched the Development Centre for Carbon Neutral Construction, which in late September published a practical guide for private home builders of detached houses. Timonen says that the Development Centre is relying on research and science to understand emissions from the whole life span of a building -- from the day the foundations are laid to the day it is torn down:

As energy prices surge across Europe, building owners are now motivated to renovate their buildings and become more energy efficient, which is a positive side-effect, the mayor notes.

GREEN CITIES WILL NOT LACK FINANCING

How is a rusty mid-sized town paying for its climate-friendly initiatives? Since the environment gets due attention in the city’s day-to-day thinking, tax-payers are footing some of that bill. But the climate change is real, and by that Timonen means the other climate -- business, financing and banks’ attitudes. Lahti has used green financing from development banks, benefiting from cheap loans and better terms. Issuing green bonds is also an option.

The business world can hardly be accused of championing environmentalism, but that has been changing in recent years as private companies became more aware that their consumers and shareholders, and also public tenders in Europe, demand they incorporate sustainable practices. As Timonen notes, companies are beginning to understand that being in line with Lahti’s carbon neutrality target can give them a competitive edge since the city can provide them with the environment where they can function to mutual benefit.

“When we move forward, we also get benefits out of the business life and this helps us to finance our change,” says the mayor.

Cities occupy only 4% of the EU’s land area, but house 75% of EU citizens with this figure estimated to rise to almost 85% by 2050, according to the EU Mission for climate-neutral and smart cities. Can citizens afford to wait for their governments and parliaments to vote on one big climate strategy or another? For locally-minded Timonen, the answer is simple: “Country goals are needed, but then everybody should put their own goals and I hope everybody is ambitious.”