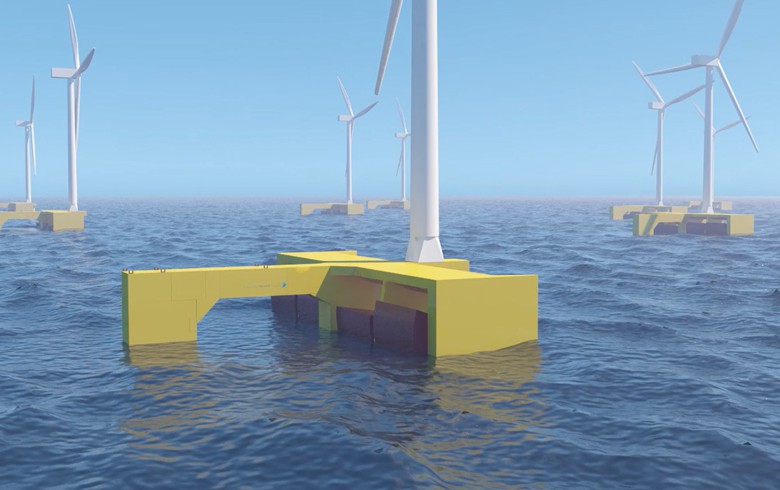 November 29 (Renewables Now) - Danish engineering firm Floating Power Plant A/S (FPP), the developer of a floating platform that combines wind and wave power generation, is taking steps to deploy its first full-scale device at a test site off the Canary Islands in 2024.

FPP has developed a floating semi-submersible platform that can accommodate one wind turbine with a capacity of 4 MW to 15 MW, and a wave power generating system of 1 MW-4 MW. Together with oil services major TechnipFMC Plc (NYSE:FTI), the company has also developed a solution to turn excess power into green hydrogen and store it for later use. The platform can store up to 300 MWh of power as hydrogen.

Last week, FPP announced the signing of a deal with the Oceanic Platform of the Canary Islands, also known as PLOCAN, that enables the deployment of a 5-MW system in a designated area to the north of the test site.

Morten Loftager Egedal, Head of Communications at FPP, told Renewables Now that with this project the company seeks to demonstrate both its technology and the idea that a floating wind and wave device is a good financial investment.

“We have already done several projects for off-grid locations like islands and oil rigs, where both our technology and our business case look great, so we will keep talking with both remote islands and people in the energy and power-to-X sector about our potential of providing renewable energy,” Egedal said.

According to the official, FPP’s technology is already competitive with other floating wind platforms and it is very suitable for off-grid locations like remote islands. The company says that its P37 wave-wind device is the only such system in the world to have generated joint power to the grid in a real offshore environment.

“The cost of floating wind is still higher than traditional bottom-fixed wind turbines. As a result, our competitiveness will depend on the site. If the water is below 50 metres deep, you should go with a bottom-fixed solution, but if you’re in deeper waters, our solution is already competitive. And while we see a lot of bottom-fixed wind turbines in the North Sea, the rest of the world does not have shallow waters, so we are looking at harvesting energy from areas where traditional offshore is not even feasible. This means our business case looks great – especially for off-grid locations like islands, where they currently need to ship in fossil fuels to meet the power demand.”

“Everything is moving extremely fast in the floating wind industry, and the potential is huge. It will take a few years to go from talking to deploying though,” Egedal concluded.