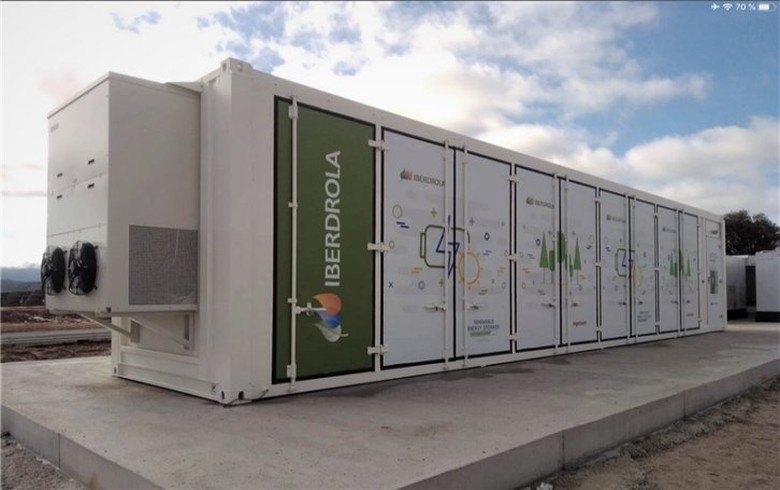 May 27 (Renewables Now) - Spanish utility group Iberdrola SA (BME:IBE) said Thursday that it has completed the installation of a 3-MW/9-MWh battery storage system at the site of a solar farm it is building in the Extremadura region of Spain.

The 40-MW Aranuelo III solar farm will be the first such plant in Spain to host a battery storage system, according to the power company. The battery was developed by Spanish electrical engineering company Ingeteam SA.

Spain is short on energy storage compared to its potential. It currently has some 8.3 GW of storage capacity, and it comes mainly from concentrated solar power (CSP) plants and pumped hydro. The Spanish government’s vision for the country is to be equipped with 20 GW of storage capacity by 2030 and 30 GW by mid-century.

Iberdrola’s most visible storage projects in Spain include Puertollano, a green hydrogen project featuring a 100-MW solar farm and 20 MWh of storage in lithium-ion batteries, the 32-MW Elgea-Urkilla wind farm project with a 5-MW/5-MWh battery, a 12-MW storage system at two wind farms on the Canary Islands and another 6-MW system at a substation in the Basque Country.

The company says it currently has some 200 MW of batteries under construction, in the pipeline and installed, mainly in the UK and Australia. At present, its portfolio features 900 MW of battery storage projects.