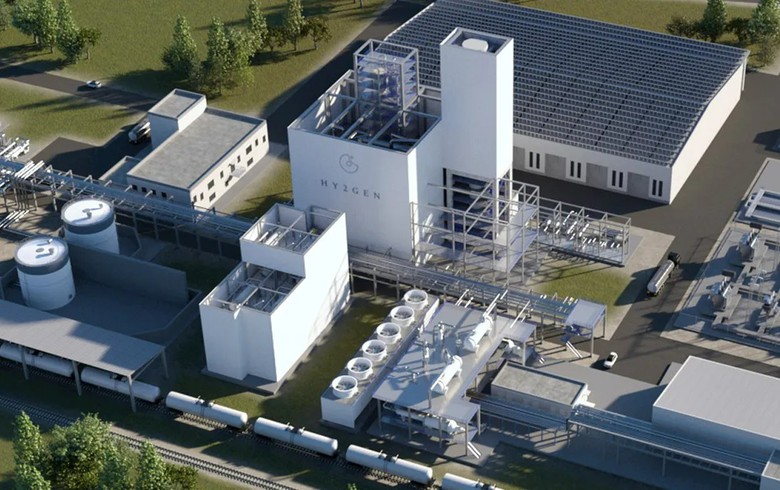 July 15 (Renewables Now) - Germany's Hy2gen AG is planning to build a EUR-500-million (USD 500.25m) plant for the production of green hydrogen and sustainable aviation fuel (SAF) in a municipality in Brandenburg known for its lignite opencast mine.

Hy2gen is now starting the preliminary study of the project which will be located on a former airfield in the Jaenschwalde municipality.

The construction of the plant which will have an initial electrolysis capacity of 123 MW is scheduled to begin in 2024, Hy2gen said on Thursday. In 2027, the site should start producing green hydrogen and sustainable fuel for the aviation industry.

The Wiesbaden-based green hydrogen plant operator is partnering with the owner of the property for the project, Euromovement Industriepark GmbH.

The project, known as Jangada, is open to more partners who could help expand the initiative.

Commenting on the significance of the plan, Hy2gen Germany's managing director Matthias Lisson said that green hydrogen and green kerosene in particular are indispensable for the decarbonisation of aviation, especially for long-haul flights.

Along with the contribution to carbon emission reduction in the aviation industry, the realisation of such a project can provide significant impetus for structural development in the region of Lusatia and further strengthen the state of Brandenburg as a technology and business location, according to the state's economy and energy minister Joerg Steinbach.

Lusatia is now facing a radical transformation. The region's lignite mines played a significant role in the German economy in the past, ensuring jobs and bringing prosperity. Now, with the planned coal phase-out in Germany, the region is seeking to advance the energy transition and support its development.

Local energy company Lausitz Energie Bergbau AG (LEAG), which operates four lignite mines in Lusatia, and a partner are working on a 2-GW pipeline of wind and solar projects in the planning and approval stages that will be built in the region. The company has already received municipal approval to set up a 300-MW solar park on the recultivation area of the Welzow-Sued opencast mine and another 200-MWp solar plant in the Dissen-Striesow municipality.