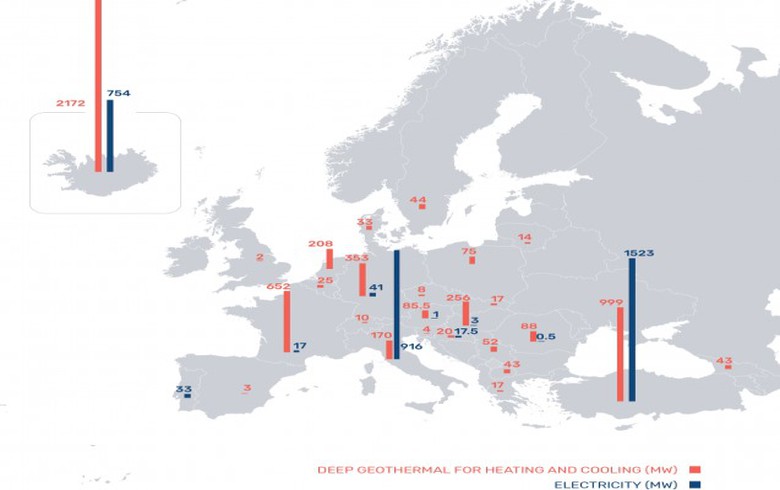 June 11 (Renewables Now) - Geothermal energy capacity, both for electricity and heating/cooling, is set for robust growth in Europe in the coming years if favourable policy framework is in place, according to a market report released earlier this week.

The European Geothermal Energy Council's (EGEC) European Geothermal Market Report 2019 says that the number of operating geothermal power plants in Europe, with base load, could increase twofold in the next five to eight years. The estimate is based on projects under development and in the planning phase at the end of 2019.

According to the report, there were 130 operating facilities, 36 projects under development and 124 projects in the planning phase for a total 3.3 GWe capacity across the continent.

Meanwhile, there were many new planned projects for geothermal district heating and cooling systems in 2019 compared with the previous year. At the end of last year, there were 5.5 GWth installed in 25 countries. The trend of ongoing projects points to a quick growth and diversification in key markets, the report says.

EGEC also notes that the number of geothermal heat pumps installed across Europe reached 2 million in 2019.

Geothermal energy use can grow quickly if it is helped by policies and market conditions, including stable policy framework, proper insurance schemes, sound policies for research, development and innovation, carbon prices and end of support for fossil fuels, the report concludes.