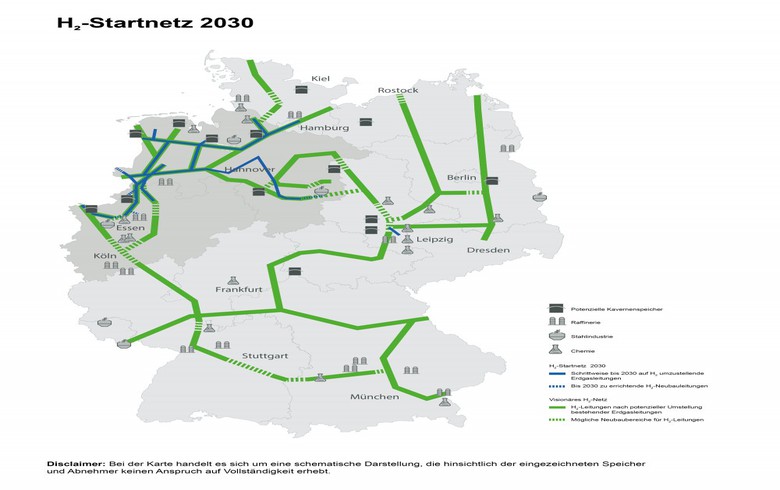 May 18 (Renewables Now) - Transmission system operators (TSOs) in Germany have gathered around a concept plan for the establishment of a grid that could start transporting green hydrogen by 2030.

The initial grid will primarily serve to connect key demand areas in the states of North Rhine-Westphalia and Lower Saxony with projects for the production of green hydrogen in the North of the country. Sector players have drawn a map for the network’s route based on 31 specific green gas projects reported to FNB Gas.

"This would create a completely new energy network in Germany on the basis of the existing natural gas network, giving industries such as steel or chemicals the opportunity to become climate neutral," said FNB Gas’ managing director Inga Posch, adding the plan can be realised at a "justifiable cost". According to the organisation, the plan has a pivotal role in supporting Germany to achieve its 2050 climate goals and remove coal from its energy system but its realisation would require certain changes to the legal framework.

Wastewater hydrogen project in Western Australia to get govt funding