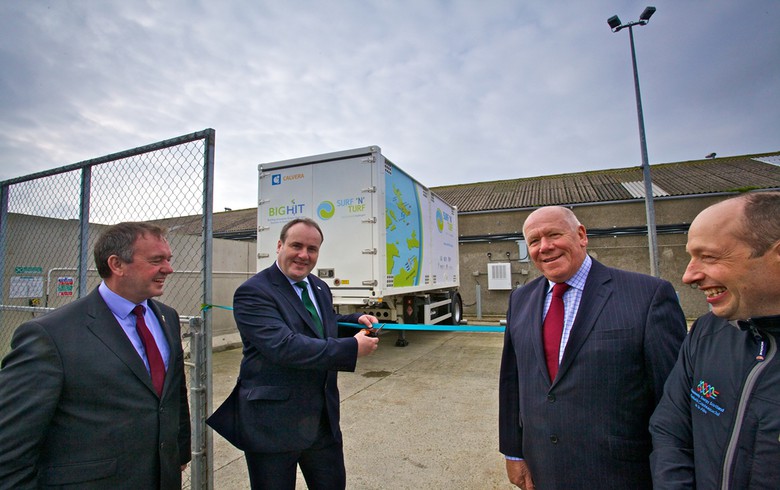 September 28 (Renewables Now) - Scottish energy minister Paul Wheelhouse was in Orkney on Wednesday to cut the ribbon on a fuel cell at Kirkwall Pier, which will run on hydrogen produced from power from tidal and wind energy systems.

The fuel cell is the final piece of the Surf ‘n’ Turf hydrogen community energy project, which aims to circumvent constraints of the local grid by turning power from renewable energy sources into hydrogen for later use. The fuel cell in Kirkwall will produce electricity for ferries berthed at the pier.

Earlier this month the European Marine Energy Centre (EMEC) announced that, for the first time ever globally, it has produced hydrogen gas using electricity from tidal turbines in Orkney as part of the Surf ‘n’ Turf  project. An electrolyser by ITM Power Plc (LON:ITM) is used for that purpose at EMEC’s tidal test site on the island of Eday. Electricity for the project will also come from a 900-kW Enercon wind turbine owned by Eday Renewable Energy Ltd.

“I am confident that this will be the first of many pioneering ways our community will find to utilise hydrogen produced using Orkney’s natural resources,” said James Stockan, Leader of Orkney Islands Council.

Surf ‘n’ Turf is led by Community Energy Scotland, which partnered with EMEC, the Orkney Islands Council, Eday Renewable Energy, and ITM. It has secured GBP 1.3 million (USD 1.7m/EUR 1.5m) in funding from the Scottish Government.

Scotland’s Minister for Business, Innovation and Energy said the government will continue to support innovation in hydrogen and explore ways to use the gas as a zero-carbon substitute fuel in heating and in transport.