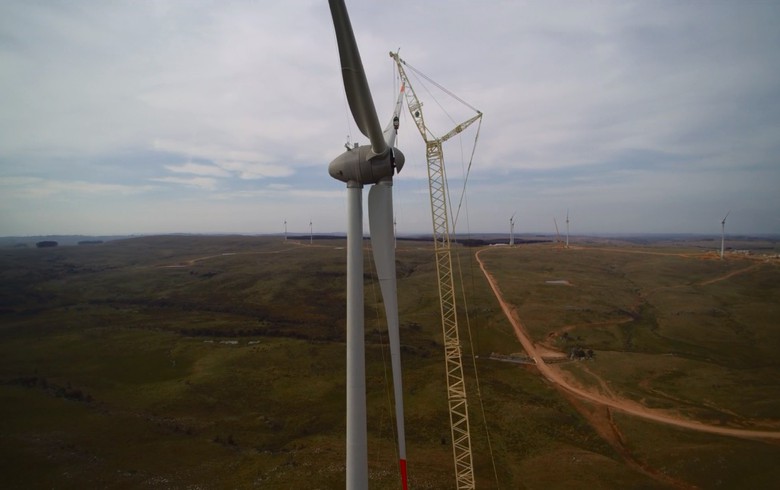 Sep 15 (Renewables Now) - Danish firm FairWind announced it has finalised the assembly and installation of all turbines that make up the 51.7-MW Cerro Grande wind project in Uruguay for its client -- Wobben Windpower.

The Cerro Grande plant, developed by local firm Ladaner SA, is located in Sierra de los Rios in the department of Cerro Largo. FairWind has erected at the site 22 units of the 2.35-MW E-92 wind turbines supplied by Germany’s Enercon GmbH, which is Wobben Windpower’s parent company. The machines stand on concrete towers that were manufactured at a local facility.

The project was completed in nearly 10 months despite the many hurdles it faced during the period, the Danish firm said. More than 80 people were involved in the process.

The wind farm is the result of the award of the K43037 UTE Bid to the proposal submitted by Ladaner within the framework of the 159/2011 Decree.