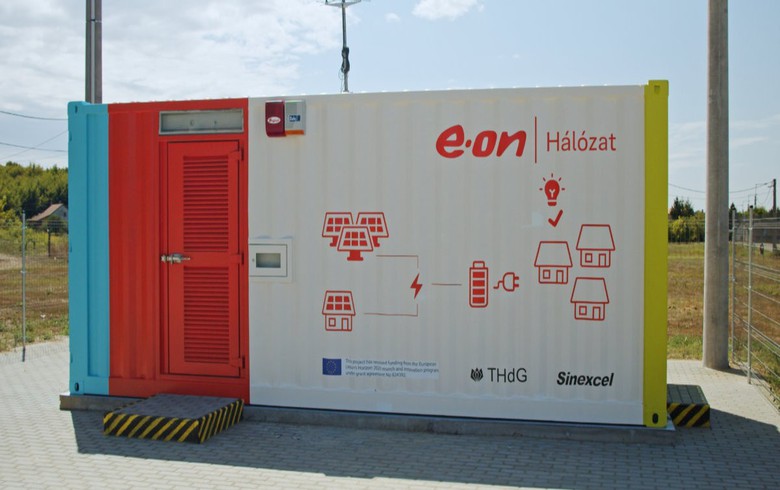 September 2 (Renewables Now) - German energy group E.on SE (ETR:EOAN) on Wednesday switched a large-scale mobile and flexible battery storage system to the distribution grid in Hungary which is designed to facilitate the integration of new green power plants into the existing grid at short notice.

The mobile storage system is located in the village of Duzs, central Hungary, and is expected to help for the further expansion of green energy in the region which offers great conditions for photovoltaics but the installation of more solar plants has slowed down due to insufficient grid capacities. Two large solar parks already in operation are located close to E.on's storage system.

This is the third storage system of this kind connected by E.on to the grid following one in Mecklenburg-Western Pomerania, Germany, and another one in Zanka, western Hungary.

Mobile storage facilities are seen as a low-cost alternative to grid expansion which is meant to compensate for grid bottlenecks and speed up the transition to green energy at a local level.