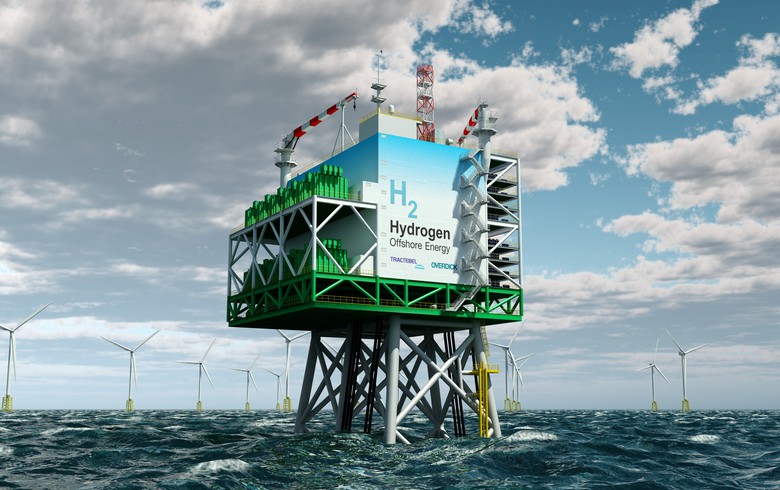 The platform model for the production of green hydrogen from offshore wind. Image by: Tractebel (www.tractebel-engie.com).

October 2 (Renewables Now) - Belgium's Tractebel Engineering and Tractebel Overdick GmbH of Germany are developing an innovative platform that could lead to the production of green hydrogen from offshore wind power.

The companies, both part of French energy group Engie SA (EPA:ENGI), announced on Tuesday that the concept consists of an up to 400-MW plant for the production of renewable hydrogen via electrolysis at an industrial scale. The platform incorporates all technical components required for the production of hydrogen, including electrolysis units, transformers and desalinisation plants, and has an output that is “many times” higher than that when previous technologies are used.

The energy stored in hydrogen would be transported via a pipeline or ship, providing an alternative to delivering power through cable lines. Nevertheless, the Tractebel companies pointed out that the costs for producing green hydrogen are still somewhat higher as compared to fossil sources-derived hydrogen, but some balance could be achieved with a higher tax on carbon dioxide (CO2) emissions. The critical cost factor is the design of the system and the efficiency of the plants, they added.

Tractebel said it is in a position to undertake all the engineering services for every stage of the project’s planning.