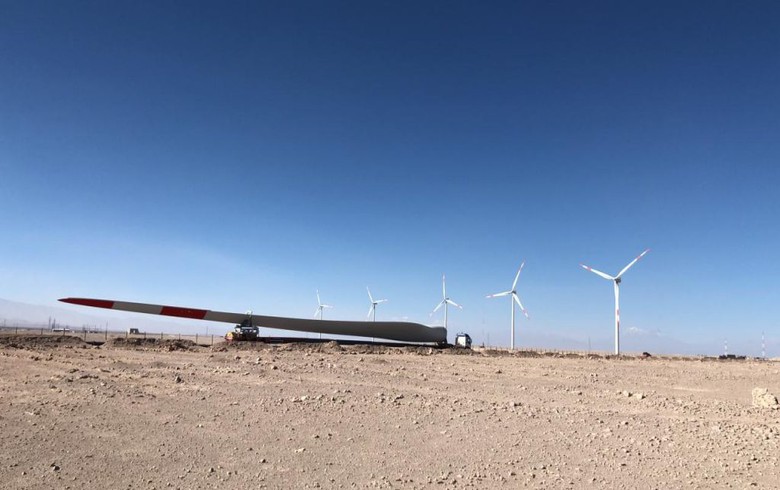 With the equipment in hand, the company will commence the assembly of the first wind turbine in the coming days, the Chilean subsidiary of France’s Engie SA (EPA:ENGI) announced on Wednesday.

At the end of August, the 175-MVA transformer arrived at the site.

Part of the company's investment plan to install 1,000 MW of renewables in the South American country, Calama will consist of 36 wind turbines, each with an installed capacity of 4.2 MW.

Once fully operational in 2021, the new wind farm is expected to produce 460 GWh annually, Engie previously said. In addition to Calama, the company is also developing the 100-MWp Capricornio and the 120-MWp Tamaya solar parks. Together, these three plants will require around USD 300 million (EUR 255.7m) in investments.