Energinet, Gasunie to partner on hydrogen infrastructure between Denmark, Germany 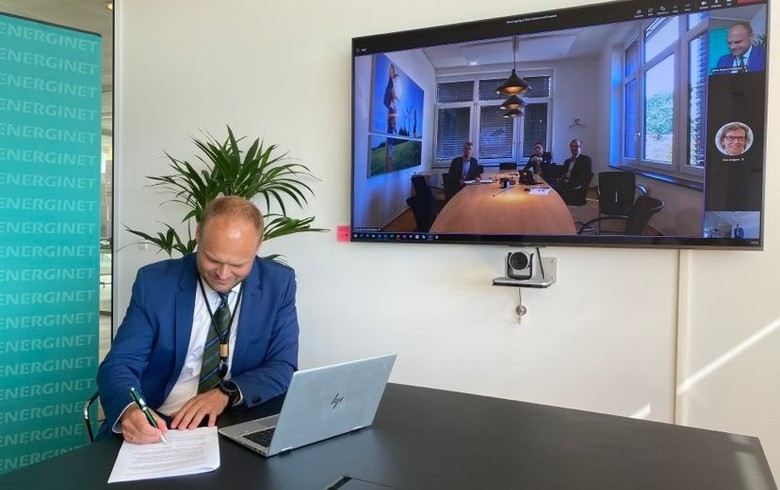 September 1 (Renewables Now) - Danish electricity and gas grid operator Energinet and Gasunie Deutschland will jointly work on the preparation for the development of hydrogen infrastructure between Germany and Denmark.

A memorandum of understanding (MoU) has been signed by Energinet System Operator's chief executive Soren Dupont Kristensen and his counterpart at Gasunie Deutschland Jens Schuman.

The aim of the cooperation is a coordinated approach toward the planning of hydrogen network development as well as analysis of crucial issues in the process of reaching final investment decisions, the Danish operator said on Thursday.

The MoU builds on a techno-economic pre-feasibility-study, that the two companies conducted last year. The results from the study showed that between 10% and 25% of Germany's hydrogen demand in the future could be met with supplies from Denmark through a pipeline. The considerations for a potential pipeline are part of a Letter of Intent signed between Germany and Denmark earlier this year and aimed at expanding the bilateral green hydrogen cooperation.

Energinet is currently studying the feasibility of building a “hydrogen backbone” in the west of Denmark that would enable exports to Germany.

The signing of the MoU comes a few days after Denmark and Germany agreed to raise the capacity of the Bornholm energy island project in the Danish part of the Baltic Sea to 3 GW of offshore wind and connect it to Germany.