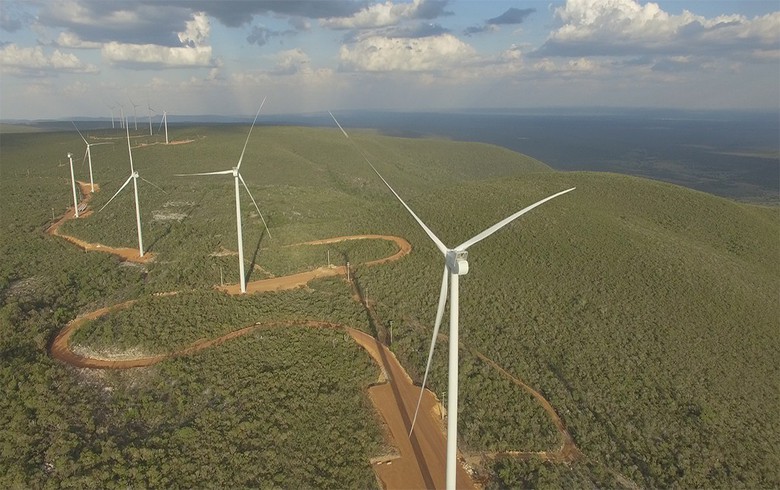 Located in Brazil’s northeastern state of Piaui, the wind farm is equipped with 230 turbines and is expected to generate more than 3.3 TWh per year.

In December 2017, Enel Green Power was awarded a 510-MW piece of Lagoa dos Ventos in Brazil's A-6 public tender and will supply the resulting power under 20-year contracts with a pool of distribution companies operating in the regulated market.

The output from the remaining 206-MW will go to the free market for sale to retail customers.

At present, Enel is building the 396-MW Lagoa dos Ventos III wind farm, which will raise the number of turbines at the complex to 302 and the installed capacity to 1.1 GW.

With the new addition, the Lagoa dos Ventos complex will be capable of generating about 5 TWh of clean power annually.

The Italian group has around 3.7 GW of installed renewable energy capacity in Brazil, including 1,498 MW from wind farms and 979 MW from solar photovoltaic plants.