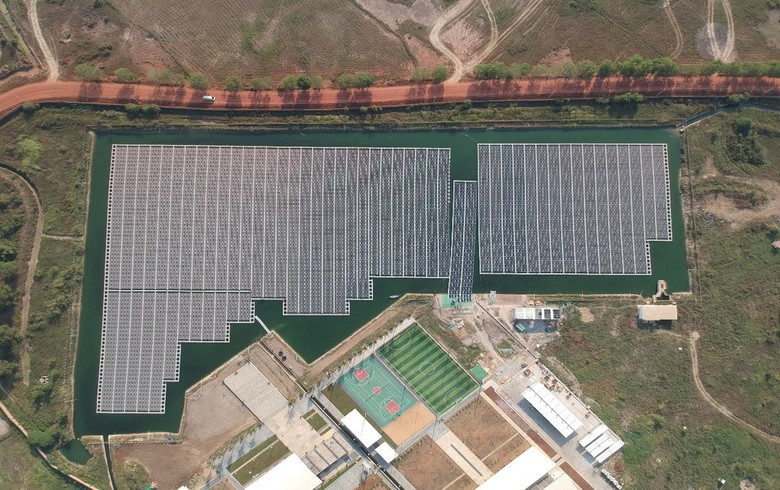 The 2.8 MWp floating system is part of a 9.8 MWp PV installation built on site of a cement factory owned by Chip Mong Insee Cement Corporation (CMIC) in Cambodia. The remaining 7 MWp were installed across multiple rooftops of the facility, in partnership with Singapore-based Cleantech Solar.

The project was financed and developed by Cleantech Solar, which will supply the output of the system to CMIC, substituting a portion of the cement factory’s electricity consumption with solar power produced on site.

Over its lifetime, the solar panels are expected to generate 297 GWh of clean electricity, avoiding 197,000 tonnes of CO2 emissions.  In addition, the floating solar power plant will shield the reservoir from wind and the direct hot midday sun which is expected to reduce water loss through evaporation, contributing to CMIC’s water conservation efforts.