China, US and France most attractive RES markets according to EY China and the US remained the most attractive markets for green energy in Ernst & Young’s 53rd edition of the Renewable Energy Country Attractiveness Index (RECAI) and France rounded out the top three thanks to its updated wind capacity targets.

Two Asian markets, South Korea and Vietnam, jumped up the index to 24th and 26th position, respectively, because of plans to add 4 GW and 475 MW of capacity. South Korea occupied the 31st spot in the 52nd RECAI issue, while Vietnam was not even included in the top 40 ranking. Norway and Finland also re-entered the ranking this year, arriving at 36th and 39th position, with the help of power purchase agreements (PPAs) for new renewables. For Norway this is a nine-step climb, while Finland moved up three positions.

Policy uncertainty pushed Mexico to 19th position from 13th previously, and Taiwan to 33rd from 27th.

EY confirms that renewables are entering a new phase of expansion without subsidies around the globe. “For the renewable energy market overall a future without government subsidy is one that will no longer be vulnerable to sudden shifts in policy, or to retroactive changes to promised tariffs. Instead, it will be one where market forces impose discipline, drive efficiencies and accelerate the cost reductions that have allowed the sector to stand on its own two feet,” said RECAI Chief Editor Ben Warren. 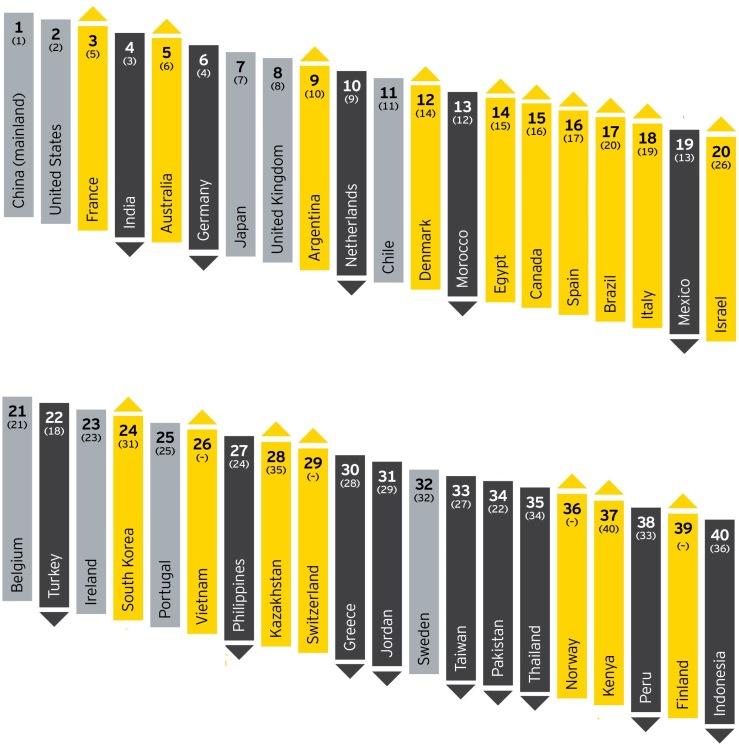