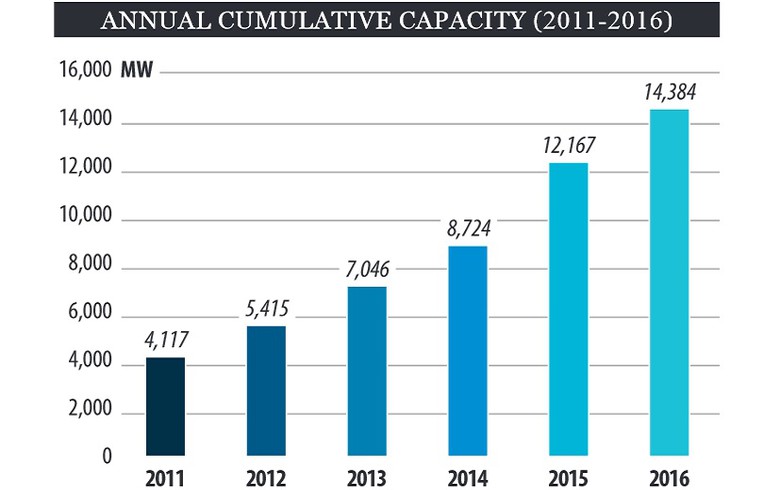 The Chinese offshore market began what many hope is the sector’s long awaited take-off in 2016, the Global Wind Energy Council (GWEC) says in its annual wind report, released today.

Highlights from 2016 include the Netherlands joining the top five offshore wind countries with 691 MW of new installations, and the excitement surrounding the start of the US’ first commercial offshore wind park. With the 30-MW Block Island facility, the US now ranks 11th globally. Also, Statoil Wind US won the December auction for a wind lease off New York with a record-smashing bid of USD 42.47 million (EUR 40m) in the 33rd round.

The table below, based on figures by the GWEC, shows the global progress of offshore wind. All capacities are given in megawatts (MW).

In the next few years, India is also expected to join the list.

The offshore wind sector last year surpassed expectations for cost reductions, with bids in European tenders reaching record-low rates, including one below EUR 50 (USD 53) per MWh in Denmark. “The cost of wind power continues to plummet, and this is particularly the case for the European offshore sector, which has met and exceeded its 2020 price targets by a substantial margin, and five years early”, commented Steve Sawyer, GWEC Secretary General.