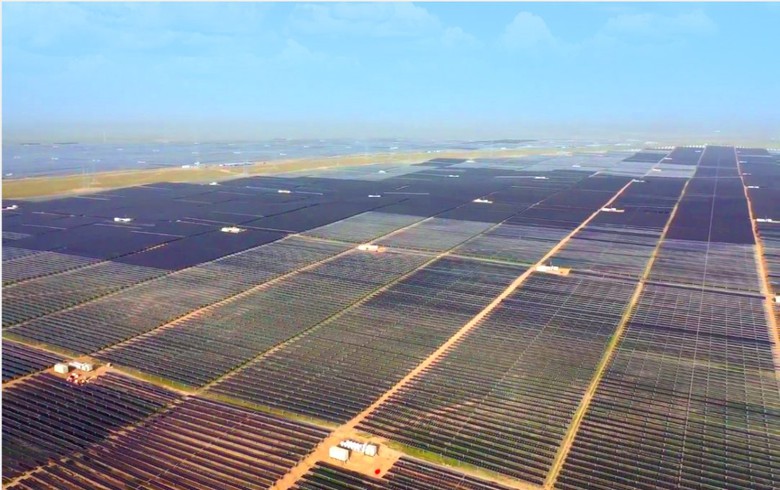 October 13 (Renewables Now) - China is building a gigantic renewable energy complex in the desert with a view to installing 100 GW of wind and solar power in the first phase, Bloomberg reported on Tuesday citing Chinese president Xi Jinping’s announcement of the project at the UN Biodiversity Conference.

Xi spoke via a video link at the event, which is taking place this week in the Chinese city of Kunming.

“Construction on the first phase, comprising 100 gigawatts of wind and solar, in the desert has started smoothly,” Bloomberg quoted Xi as saying.

The exact location of the site and other project details are unknown, Bloomberg notes. The news outlet speculates that such an endeavour could be situated in western China, where existing and planned power lines can connect renewables to main demand centres in the east.

At the Conference, Xi said that China intends to continue to adjust its industrial structure and energy structure, “vigorously develop renewable energy, and accelerate the planning and construction of large-scale wind and solar projects in desert areas,” according to Bloomberg.