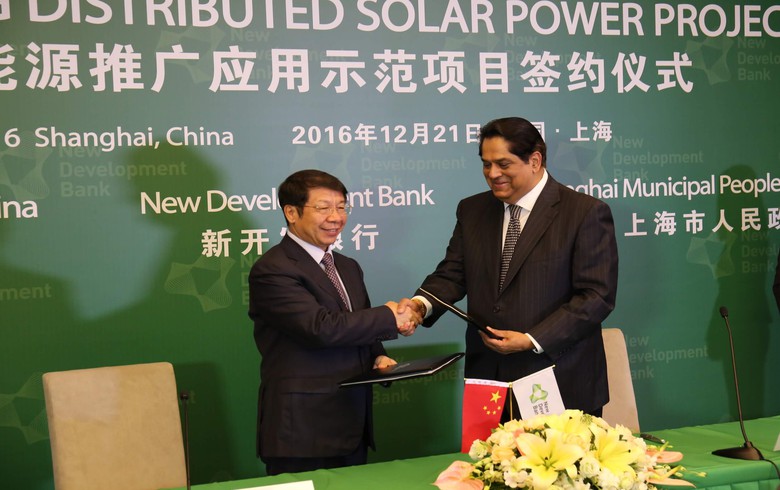 The loan agreement was signed with the Chinese Ministry of Finance on December 21. This marks the bank's first project in China, according to the press statement.

The 100 MW of photovoltaic (PV) capacity will be divided into several smaller projects in the Lingang Industrial Area -- one of the six major functional development areas of Shanghai. Shanghai Lingang Hongbo New Energy Development Co Ltd will implement the projects over a period of 3 years.

In July 2016 NDB issued a green bond in the China onshore interbank bond market. The Shanghai Lingang project will be financed with part of the proceeds from the CNY-3-billion transaction.