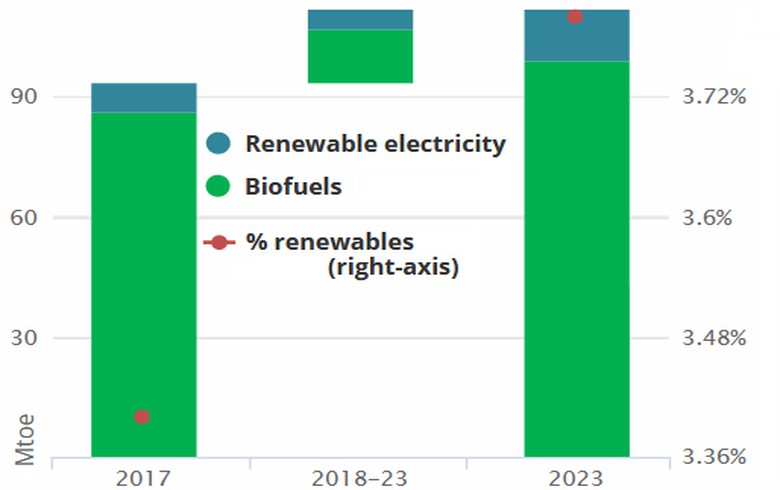 December 10 (Renewables Now) - Biofuels will continue to play a much more significant role than electricity in boosting the share of renewables in transport in the next few years, but that share will not increase significantly.

Аccording to a new energy market analysis by the International Energy Agency (IEA), renewables in transport demand will grow from 3.4% in 2017 to 3.8% in 2023. Biofuels will account for almost 90% of renewables demand in transport in 2023, leaving roughly 10% for electromobility.

Biofuels production will reach 165 billion litres by the end of the forecast period, rising by 15%. Two-thirds of that will be due to fuel ethanol growth. In 2017, the global production of ethanol arrived at 104 billion litres, up 3% year-on-year. IEA expects the average annual growth rate by 2023 to be 2%, with ethanol output reaching 119 billion litres that year. China’s share will be increasing, but the US and Brazil will continue to dominate ethanol production globally.