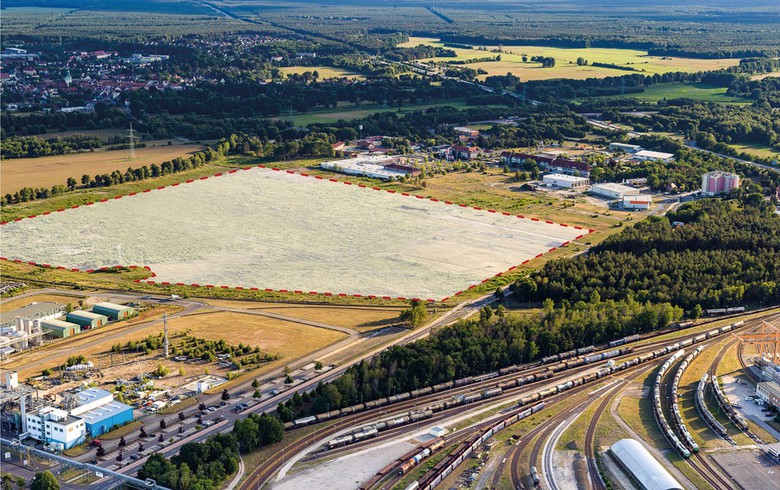 The site for the 24-MWp solar park to be built near BASF's plant in Schwarzheide, Germany. Image by envia Mitteldeutsche Energie AG.

December 3 (Renewables Now) - German chemicals group BASF SE (ETR:BAS) has teamed up with regional energy company envia Mitteldeutsche Energie AG (enviaM) for the construction and operation of a 24-MWp solar park in the state of Brandenburg that will supply green electricity to the group's nearby production site.

The partners plan to install some 52,000 solar modules on an area of 24 hectares (59.31 acres) in the town of Schwarzheide, southern Brandenburg, starting in the first quarter of 2022, enviaM said on Thursday. The park is expected to be put online in the second quarter of next year and generate 25 GWh of electricity annually, the bulk of which will be supplied to BASF's production site in Schwarzheide under a long-term power purchase agreement (PPA). The electricity from the solar park will partially meet the power needs of BASF's production lines for cathode materials for batteries that are currently under construction.

The subsidy-free project, including the solar park and the substation, will cost about EUR 13 million (USD 14.74m). The initiative, which includes the creation of a joint venture that will implement the project, is still subject to approval by anti-trust authorities.

EnviaM's subsidiary envia THERM GmbH is responsible for the planning, construction and operation of the solar park.