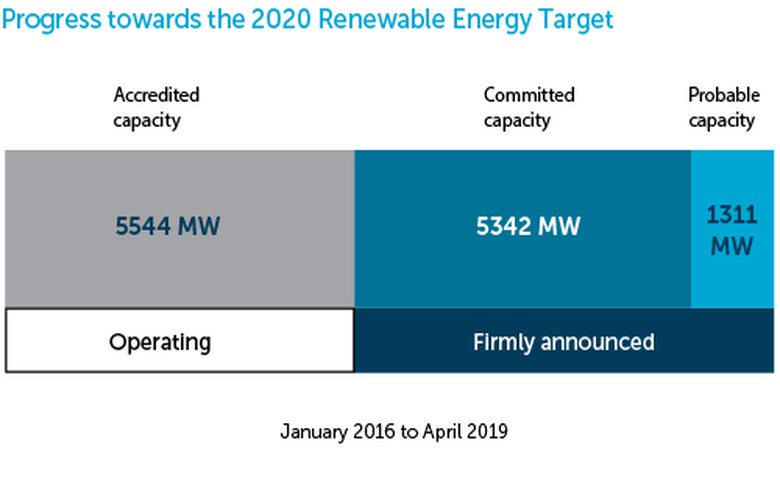 The capacity comes from 23 plants, including three utility-scale projects with a combined capacity of 393 MW -- the 212-MW Lincoln Gap Wind Farm in South Australia, the 111-MW Beryl Solar Farm in New South Wales and the 70-MW Oakey 2 Solar Farm in Queensland.

When a power plant gets RET accreditation, it starts receiving large-scale generation certificates (LGCs) for the electricity it produces. "Liable entities" have to buy these certificates, bringing additional revenues for renewable power generators.

CER in 2016 estimated that reaching the 2020 RET of 33,000 GWh renewable power generation would require 6,000 MW of green power capacity. Due to a higher proportion of solar projects in the pipeline, the estimates were later updated to 6,400 MW. Power plants of 5,544 MW have been accredited between January 2016 and April 2019, and there are also 5,342 MW of committed projects, which means that Australia will definitely surpass the targeted capacity.

In 2018, 3,455 MW of renewables capacity secured accreditation under the RET, a record for the scheme surpassing by far the 2017 volume of 1,113 MW. The CER said earlier this year it expected roughly 4,000 MW large-scale capacity to be accredited in 2019.