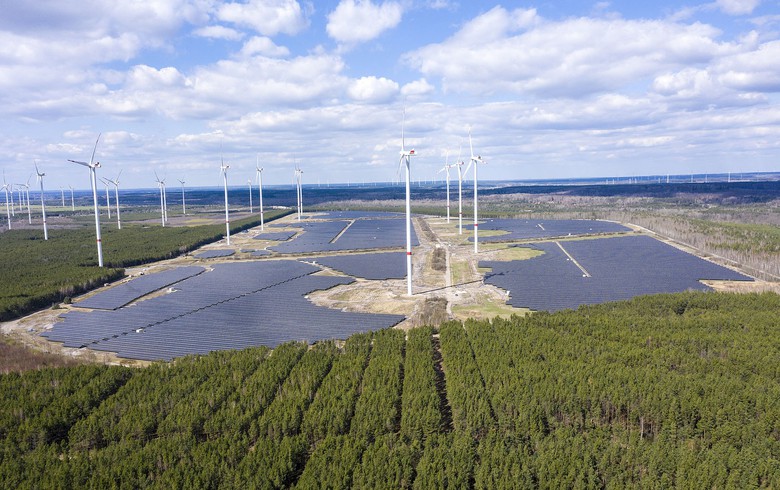 October 5 (Renewables Now) - German energy solutions company GP JOULE GmbH has commissioned an 80-MW solar farm in Brandenburg which is the second section of the Lausitz energy park with a planned installed capacity of nearly 300 MW.

A total of 163,000 solar modules, forming the Klettwitz Sued solar farm, were installed within five months on a former opencast mine in the eastern German village of Klettwitz. The facility will offset about 57,000 tonnes of carbon dioxide emissions annually, GP JOULE said on Tuesday.

The photovoltaic (PV) system was planned and built by GP JOULE EPC as the general contractor.

The connection of Klettwitz Sued to the grid follows the commissioning of the first section of the project, Klettwitz Nord, with a capacity of 90 MW in May. Klettwitz Nord is expected to generate 91,530 MWh of green electricity per year.

The last section of the complex is the Hochkippe Sallgast project of 120 MW.

In the statement, GP JOULE explained that part of the power from the Lausitz energy park will be used to produce green hydrogen for the decarbonisation of the mobility industry in the region. For this purpose, an electrolysis plant and a filling station for cars, trucks and buses will be built in the park with construction work scheduled to begin in 2023. The climate-neutral fuel will serve a network of local companies that will use it for their trucks, buses, or construction vehicles.

The project for the 300-MW solar complex is a key component of the structural change in Lusatia which is shiting away from the mining of fossil fuels toward renewable energy. Last week, local energy company Lausitz Energie Bergbau AG (LEAG) unveiled a plan to deploy 7 GW of renewable energy capacity in the Lusatia mining areas by 2030, involving investments of over EUR 10 billion.

Enviria, Galileo team up for gigawatt-scale solar JV in Germany