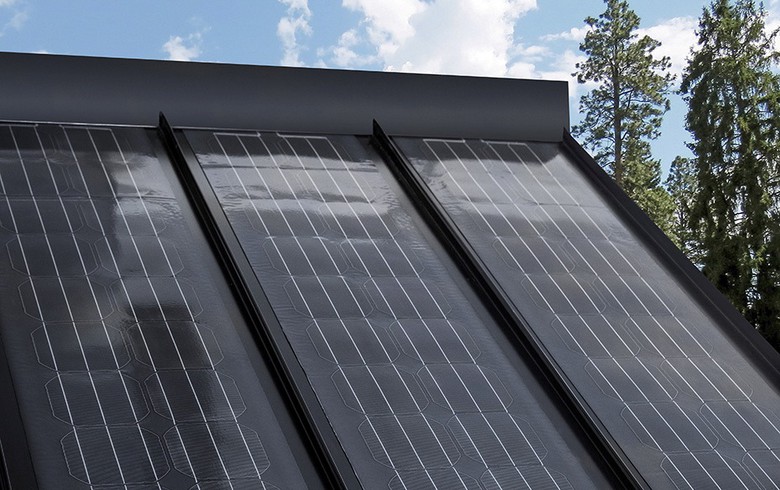 May 15 (Renewables Now) - The stars are perfectly aligned for a swift and massive breakthrough of small scale solar energy production in urban areas. This could completely change the world, the planet’s energy generation and save the environment. However, there are also obstacles to this bright future from the unlikeliest of sources.

The vision: In urban areas around the world, roofs, facades and walls all function not only as their traditional purpose but also as renewable power producers thanks to efficient, lightweight and thin film solar panels that are covering nearly all buildings or are even integrated with them right from the start. Owners of big properties like farms, offices and factories sell their energy surplus through a seamless bank/brokerage system that easily matches net producers and net consumers at all times. There is enough power generation to meet the demand, energy is cheap and supply is stable. Vehicles are powered by electricity from batteries or hydrogen fuel cells with water as the only emission. There are no more nuclear plants or coal fired power plants. Global warming is a subject for school kids’ history lessons.

Sounds farfetched? Not at all. It could be a reality in mere years thanks to some encouraging and speedy developments in a number of areas:

- More efficient and flexible thin film solar cells. Theoretically, the sun provides our planet with much more energy than we could possibly consume. Thin film solar cell efficiency records are broken almost every month and they are becoming cheaper to produce, but more important is that more and more companies realise the potential of solar panels that are not made with heavy glass or a rigid frame. To integrate photovoltaics in buildings and cities, they need to be lightweight, durable and flexible (in size and shape) enough to integrate into available building materials. Commercially available lightweight panels are now available for below 4 kg per sq m, less than a third of what traditional Si-panels weigh. The light weight means that there are no restrictions on how many solar panels you can put on roofs even in tropical regions that traditionally do not design their roofs for heavy snow loads.

- Rapid technological development in battery technology and building-integrated photovoltaics (BIPV). Tesla Inc (NASDAQ:TSLA) is actively marketing its Powerwall rechargeable battery for the storage of solar energy, and is launching its highly anticipated Solar Roof – an energy producing roof that looks like a traditional roof and might not even cost more than a regular roof. There is promising research in more advanced and efficient battery technology, e.g. lithium-air batteries and solid-state batteries.

- Increasing market acceptance by consumers and retailers. An increasing number of end consumers feel safe that small scale solar energy is here to stay, and retail giants like Walmart and IKEA are selling solar panels to home owners. The supply chains are in place.

- A realization that the energy needs of tomorrow’s megacities cannot be met by traditional power generation. The global population is increasing, and so is urbanisation. About 70% of the world’s population will be urban by 2050. That is nearly seven billion people living in cities, all demanding electricity. The prospect of traditional power plants or even giant solar parks in remote “empty” areas, providing energy to all these people is simply not a good idea. Rather, this must be solved by distributed energy, i.e. power generation at the point of consumption.

- The Paris Agreement is now in force so there needs to be substantial global investments in renewable, clean energy sources, with PV as the most natural choice, to replace non-renewable energy sources and to keep promises made in Paris.

This sounds great! What’s preventing this from happening?

In theory, nothing. The cost of producing solar energy is already low, compared to most other energy sources, even without subsidies. Storing renewable energy is still ponderous and expensive but there is fierce research in this field and many promising technologies and products popping up. Building-integrated photovoltaics has become a buzzword after Tesla’s strong commitment to solar roofs and better batteries.

But there are obstacles, from the unlikeliest of sources:

1.    Politicians and the state. Yes, the same guys who can never resist the temptation to proclaim how “green” they are and how much they want to save the planet. It may therefore be upsetting, but should maybe not be surprising, to realise that the state would choose to protect its tax revenues at the expense of the environment. States and municipalities make a lot of money from various energy taxes. It has shown that they do not like having people producing their own energy “for free” without taxes. Many countries wish to tax distributed energy even on a small scale. Sweden, an environmental front-runner with a Green Party in government, recently introduced legislation taxing the production and consumption of small scale renewable solar energy. Needless to say, this is counterproductive to renewable energy generation.

2.    Electric utilites, both public and private. These are behemoths with enormous lobbying power. They stand to lose their entire reason for being if their customers start producing their own energy and trading it between themselves. However, electric utilities could transform into ‘energy banks’ or brokers in a new renewable energy world. On a small scale, they could distribute electricity between urban producers with asymmetrical needs. Perhaps they could act as banks, charging interest on energy that is produced and “deposited” with them for later use. They could still own and run the grid but see themselves as the world's largest battery with an infinite capacity rather than electricity mongers. It might not be such a bleak future for them - banks, brokers and card companies are all profitable.

So there are very strong forces in play to keep the status quo. Power is money and money is power. But I believe that the renewable energy tidal wave is unstoppable; The prospect of a world without human CO2 emissions, and end to global warming. where electricity is produced by “everyone” without effort and is cheap, readily available and reliable, is simply too good to be stopped. And one cannot “un-invent” solar energy technology. It is here to stay. The sun has always warmed and fed us, and been regarded as a God by many cultures. Now it will also power us. I welcome this vision.

Sven Lindstroem is co-founder, chairman and CEO of solar technology company Midsummer AB, a supplier of production lines for  flexible thin film CIGS solar cells. He has over 10 years of experience from the development and management of solar cell production equipment and is a firm supporter of distributed electricity production.