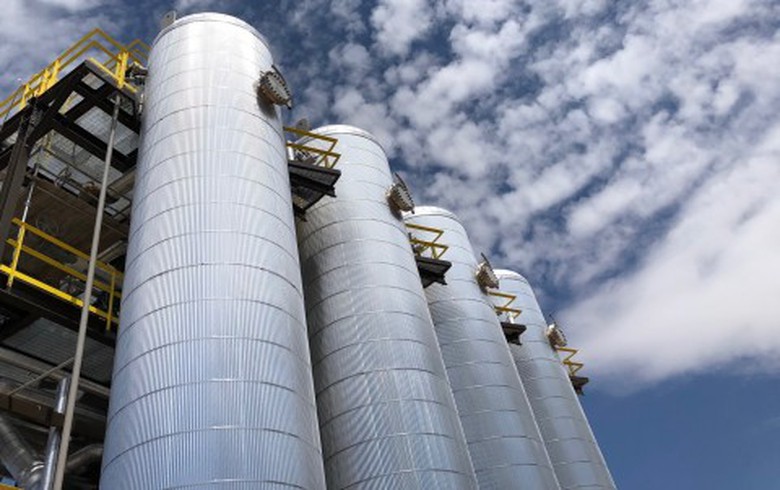 October 28 (Renewables Now) - US e-commerce giant Amazon.com Inc's (NASDAQ:AMZN) Climate Pledge Fund has co-led a USD-69-million (EUR 59.4m) funding round for ultra-low carbon electrofuels company Infinium, in what is the fund's second investment in the start-up in 2021.

Amazon's fund invested alongside a subsidiary of US power supplier NextEra Energy Resources LLC, a statement showed on Wednesday.

Formed in 2020, Sacramento, California-based Infinium has developed a technology that converts renewable power into green hydrogen. This is then used along with waste carbon dioxide (CO2) to produce ultra-low carbon alternatives to fossil-based diesel and jet fuels.

Amazon first took part in an Infinium funding round in January, alongside AP Ventures, Mitsubishi Heavy Industries (MHI) and the Grantham Environmental Trust. The US e-commerce company said separately that its next stage of funding will support the start-up to deliver its first electrofuels and to develop large-scale facilities that can produce nearly 40 million gallons (181.8 million litres) of clean fuel per year.

The technology will enable Amazon to advance its efforts to decarbonise its logistics network. Each of the planned Infinium facilities is estimated to be able to prevent the emission of over 300,000 metric tonnes of CO2.