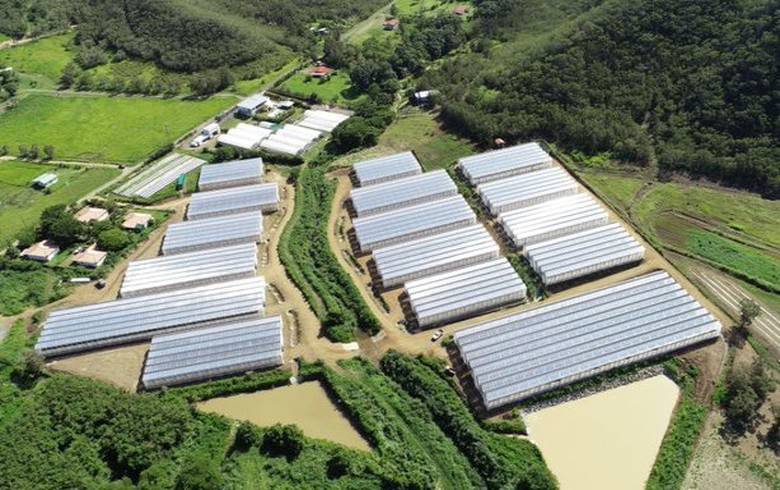 The Focola plant consists of 16 photovoltaic (PV) greenhouses which have been made cyclone-proof as the region in the South Pacific typically gets buffeted by two cyclones each year, Akuo said.

The agrivoltaic system occupies 22,000 square metres (236,806 sq ft) of land surface and can support the annual production of some 200 metric tonnes of vegetables. The PV component ensures that the farm can generate 2 GWh of power per year. The Focola plant’s operator, Enercal Energies Nouvelles, said the targeted annual output had already been achieved in eight months of the system’s operation.

Akuo said it was approached by a local farmer, Jean-Christophe Niautou, to take part in the Focola project. The French developer then contacted New Caledonia’s grid manager and renewables company Enercal to join the undertaking. The duo set up a special purpose entity Focola SAS that delivered the solar plant.