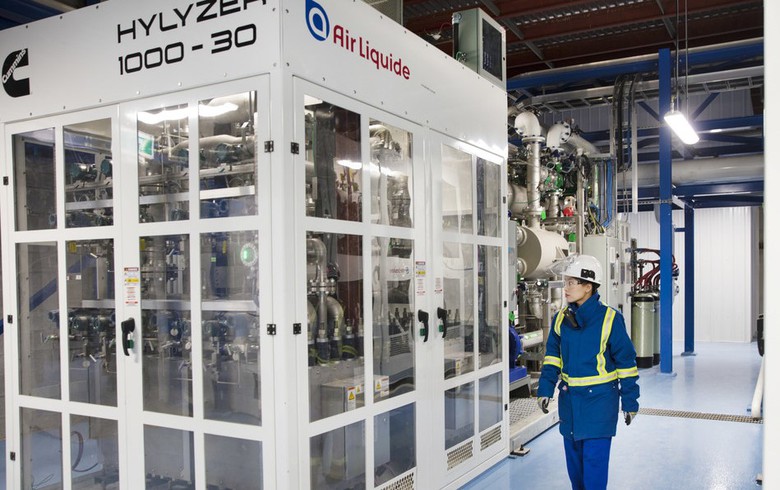 The system is a proton exchange membrane (PEM) type electrolyser, branded the HyLYZER and supplied by US-based Cummins Inc (NYSE:CMI). According to both Cummins and Air Liquide, the Becancour electrolyser is the largest operating unit of its kind in the world.

The system can produce up to 8.2 tonnes of hydrogen a day using renewable energy, and will save about 27,000 tonnes of carbon dioxide (CO2) a year.

The HyLYZER is a modular and scalable electrolyser platform for utility-scale hydrogen production. The system at Air Liquide's facility consists of four compact pressurised electrolyser skids.

With the Becancour site being close to Canada's border with the US, the French company gains access to industrial markets on both sides of the fence. This location will help ensure their supply of low-carbon hydrogen for industrial use and mobility, said Air Liquide.