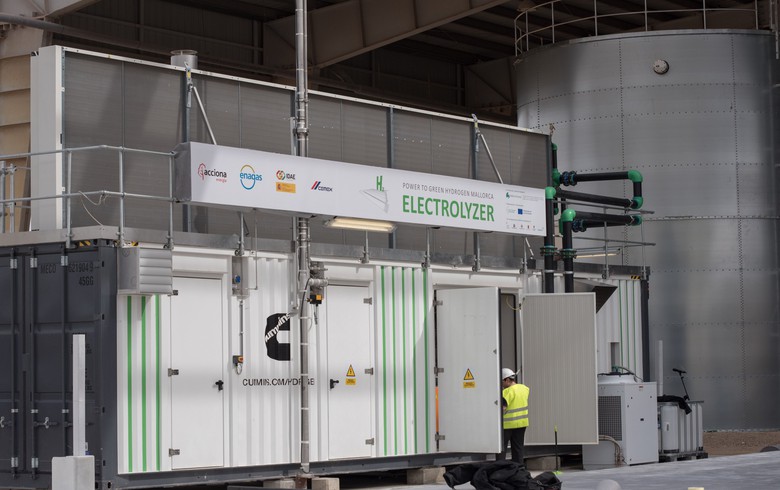 The plant in the island town of Lloseta already produced first hydrogen molecules in December, Acciona Energia said. The electrolyser has undergone technical commissioning tests, and will be fully operational as soon as infrastructure for hydrogen consumption is completed.

The plant will produce at least 300 tonnes of green hydrogen per year, relying on power from the 8.5-MW Lloseta and the 5.85-MW Petra solar farms. Production at an industrial scale will happen gradually, Acciona Energia said.

Locally-sourced hydrogen will be used for powering fuel-cell buses and other vehicles, ferries and port operations, and for generating heat and power for commercial and public buildings on the Balearic Island, as envisioned under the Power to Green Hydrogen Mallorca project.

Part of the green hydrogen will be transported via a dedicated pipeline that Spanish gas supplier Redexis will build on the island. This part of the project is still in the permitting stage, with Redexis expecting to start construction in the second quarter of 2022, according to Acciona Energia.

The Power to Green Hydrogen Mallorca project also saw the participation of building materials manufacturer Cemex and IDAE, the Spanish government agency in charge of promoting energy efficiency, alongside Acciona Energia and Enagas. Cemex provided a site at its factory in Lloseta for the construction of the solar farm.