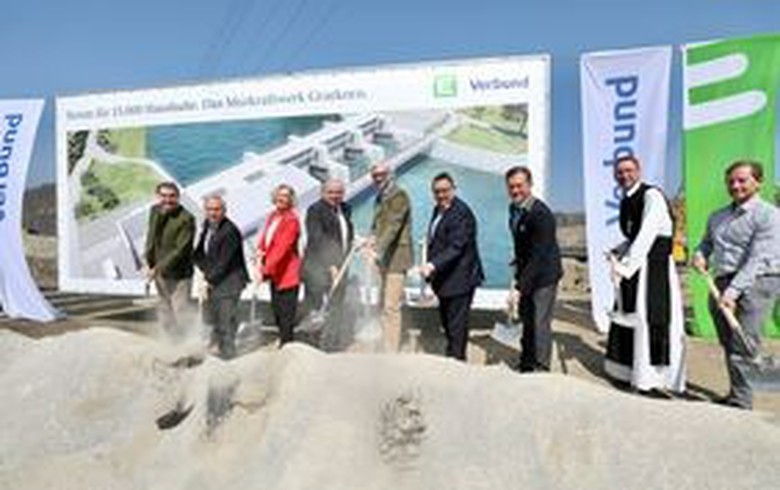 The groundbreaking ceremony for the Gratkorn hydropower plant. Image by Energie Steiermark

March 28 (Renewables Now) - Austrian energy company Verbund AG (VIE:VER) and utility Energie Steiermark have kicked off the building of an 11-MW hydropower plant on the Mur River north of the city of Graz which is expected to go online in the second half of 2024.

The structural diversion of the river is set to be completed in the coming weeks to ensure a dry excavation pit for the construction phase which will start in the summer, Energie Steiermark said on Friday.

Once completed, the Gratkorn power plant is expected to generate about 54 million kWh of green electricity per year which is enough to cover the electricity consumption of about 15,000 households.

The two companies are investing about EUR 80 million (USD 88.01m) in the project that will expand hydropower capacity on the Mur River which is considered the backbone of renewable electricity generation in the state of Styria.

The Gratkorn power plant will not only contribute to securing independence from fossil fuel imports in the medium term but will also help increase the security of supply, according to Verbund's COO Achim Kaspar.