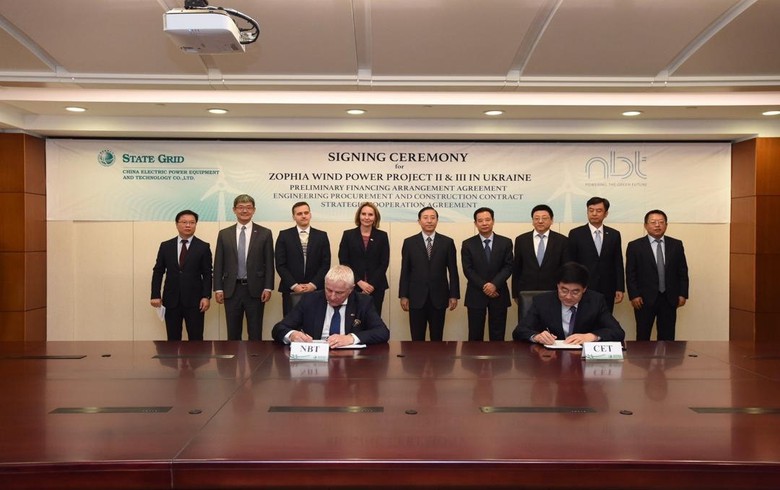 October 24 (Renewables Now) - Norway’s NBT AS confirmed on Wednesday that it signed a preliminary financing arrangement deal with a trio of Chinese lenders for EUR 500 million (USD 556.5m) of senior debt to support the construction of 750 MW of wind parks in Ukraine.

The latter is in charge of the engineering, procurement and construction (EPC) work and has also entered into a separate deal with NBT to work together on a global basis on future renewable energy projects, the announcement says.

NBT further noted it intends to secure an additional EUR 250 million of project financing from other international banks.

Together with its first phase of 42.5 MW, the Zophia onshore wind power complex in the Zaporizhia region will be the largest one in Europe upon completion of the second and third stages. The total investment is estimated to exceed EUR 1 billion.

The Zophia complex will sell its output to the state-owned Guaranteed Buyer State Enterprise.