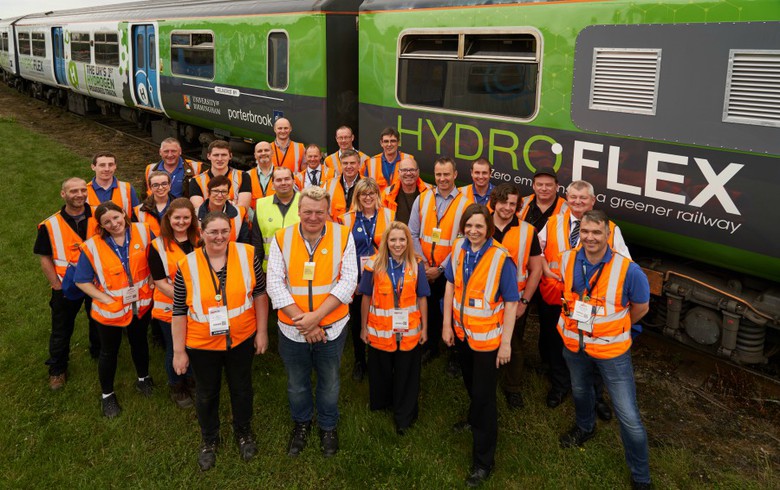 HydroFLEX. Image by: The University of Birmingham.

June 21 (Renewables Now) - The first hydrogen-powered train in the UK, HydroFLEX, is ready for testing on the mainline railway after passing a successful proof-of-concept, the University of Birmingham announced on Thursday.

The HydroFLEX prototype fits a hydrogen powerpack to an existing Class 319 train, which, if successful, would eventually run on conventional electrified routes or independently across Britain’s rail network. The project is a result of a partnership between Porterbrook, a rail leasing services provider, and the University of Birmingham’s Centre for Railway Research and Education (BCRRE).

UK technology group Luxfer was responsible for supplying hydrogen storage tanks for the storage, while Denchi Group and Ballard Fuel Cell Systems delivered traction batteries and the fuel cell, respectively. The demo project is being financed by Innovate UK, the UK’s innovation agency, through its First Of A Kind competition.

“Delivering the UK’s first hydrogen train is a huge step for the rail industry and marks a milestone for green transport everywhere,” said Helen Simpson, head of innovation and technical services at Porterbrook. He added that the project not only promotes the benefit of hydrogen but also will demonstrate how mainline approvals for hydrogen can be delivered.