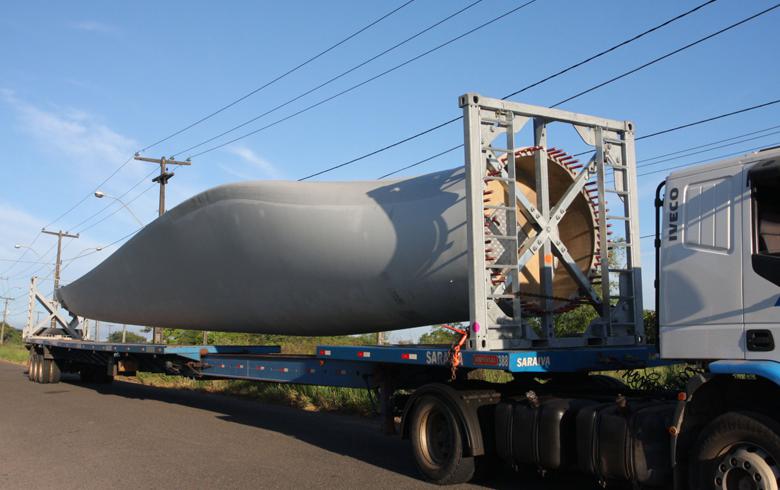 March 15 (Renewables Now) - HS2 Ltd, the developer of a high-speed railway linking major UK cities, intends to use decommissioned wind turbine blades instead of steel rebar to reinforce concrete as its builds the new rail network.

Disused blades, which HS2 says are typically ground down into building materials or sent to energy-from-waste incinerators, will be cut into suitable sections to get a second life as replacement for rebar.

“What’s potentially so significant about this innovation is that unlike some other turbine blade recycling initiatives, which involve reprocessing, our innovation reinforces concrete with sections simply cut from the turbines -- massively reducing the carbon produced in repurposing the blades,” said Harrison O’Hara, innovation manager for SCS JV.

Swapping steel for junk turbine blades could cut carbon generated by concrete reinforcement by up to 90%, HS2 adds.

The new turbine blade recycling approach is in an early stage so the reuse will focus on swapping steel for blades in low stress structures such as temporary access roads, top sections of concrete walls and ground bearing plinths.

Work on the proof of concept pilot is due to commence in the spring of 2021. If successful, this could be followed by a full roll-out across the SCS route, which consists of HS2’s London tunnels between the M25 motorway and Euston station, the developer said.