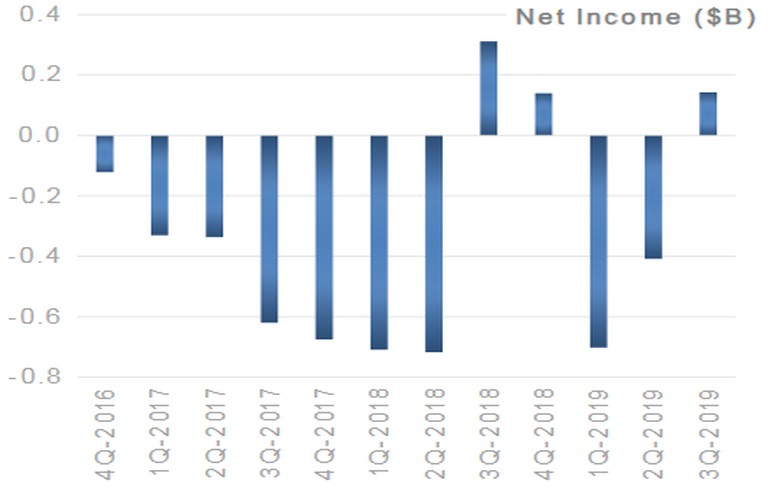 October 24 (Renewables Now) - Elon Musk’s Tesla Inc (NASDAQ:TSLA) announced a 48% quarter-on-quarter increase in July-September 2019 solar deployments, but this was no big victory for the company given that the April-June quarter was the weakest so far for the solar business.

The third-quarter solar deployments of 43 MW were down from 93 MW a year earlier.

The electric vehicle major, which acquired solar installer SolarCity in late 2016, said that energy storage deployments reached a new record of 477 MWh, doubling from the third quarter of 2018 and growing 15% sequentially.

In July, Tesla introduced a new battery storage product specifically designed for utility-scale projects. The new Megapack comes fully-assembled with up to 3 MWh of storage and 1.5 MW of inverter capacity. First deliveries are planned to start in the current quarter.

Details on solar and storage deployments by Tesla are available in the table.

Tesla as a whole returned to a quarterly profit in July-September, thanks to reduced costs. The company reported a GAAP net profit of USD 143 million (EUR 128.5m), against a loss of USD 408 million a quarter earlier. The result was still down 54% from the profit recorded in the third quarter of 2018. Revenues were stable at USD 6.3 billion.

Vehicle production in the quarter hit a record of 96,155 and deliveries reached 97,186. Construction of the Gigafactory Shanghai was completed in 10 months and it is ready for production, Tesla noted.

Tesla’s third-quarter unaudited results are in the table.

The full quarterly update by the company is here.