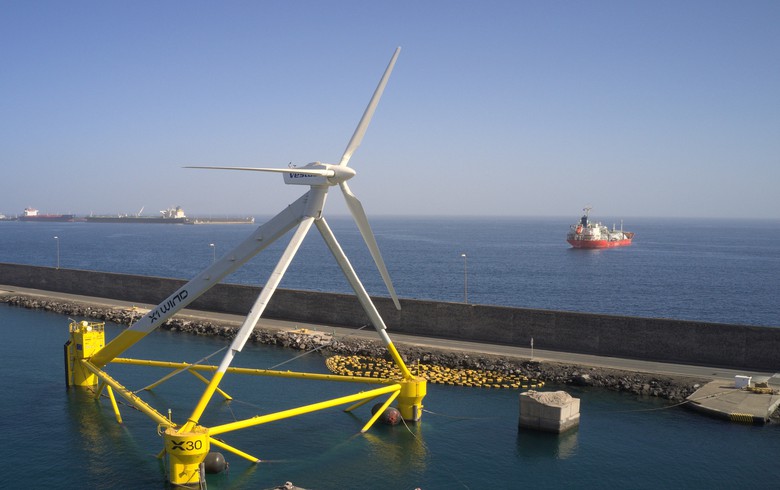 February 8 (Renewables Now) - French engineering and technology firm Technip Energies (EPA:TE) on Tuesday unveiled the acquisition of a 16.3% holding in Spanish start-up X1 Wind, which has designed a novel offshore wind floater for turbines above 15 MW.

Technip Energies led the funding round for X1, investing alongside the European Innovation Council (EIC) Fund, which is owned by the European Commission (EC) and advised by the European Investment Bank (EIB). Some of X1 Wind’s existing backers also took part in the cash call, the financial details of which were not provided.

As part of the deal, the French company will appoint two representatives to the nine-seat board of X1 Wind.

Based in Barcelona and formed in 2017, X1 Wind has developed a concept that is based on a tension leg platform (TLP) mooring, complete with a weathervaning system and a downwind turbine. The technology can result in a lighter floater that reduces the amount of steel for construction, while the smaller mooring system has less impact on the seabed. X1 Wind is preparing to start testing its first floating platform prototype in the Canary Islands, equipped with a Vestas V29 turbine.

Technip Energies and the start-up will work together to develop the first commercial-scale demonstrator. The French company will bring to the table its engineering capabilities and offshore project expertise to help industrialise and commercialise the technology, with the aim of including it in its floating offshore wind (FOW) offering and scaling it up to be deployed at large-scale offshore wind farms.