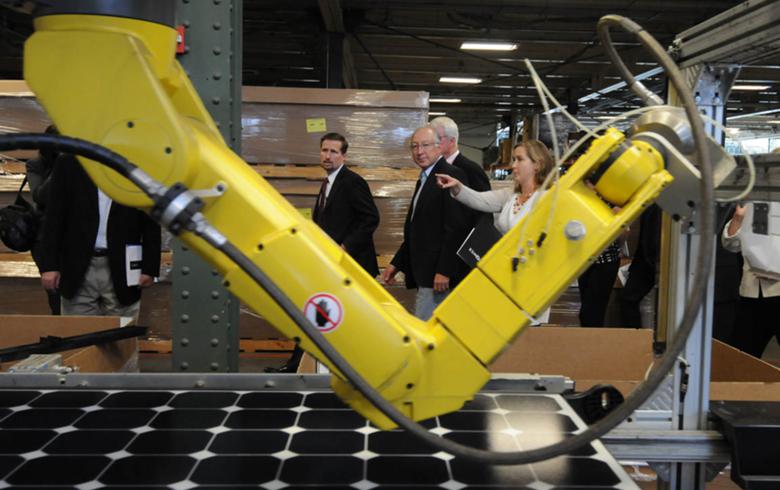 May 9 (Renewables Now) - SunPower Corp (NASDAQ:SPWR) on Tuesday announced a sequential reduction of its first-quarter (Q1) net loss, new forecasts for both the second quarter and full year, and plans to shed its North American power plant development assets.

For the second quarter, SunPower guided for a GAAP net loss of USD 125 million to USD 100 million, including the impact of revenue and timing deferrals related to sale-leaseback transactions and charges related to restructuring initiatives.

The company also provided a full-year forecast of USD 75 million-125 million for adjusted earnings before interest, tax, depreciation and amortisation (EBITDA), saying that the figure takes into consideration an estimated USD-55-million negative impact related to tariffs on solar imports associated with the section 201 trade case.

When US president Donald Trump announced his decision on that case, SunPower CEO Tom Werner argued that the company should be excluded from the measure because of the type of solar panels it manufactures. SunPower, whose solar module factories are mostly located in Asia and Mexico, eventually announced a deal to take over Oregon-based solar panels maker SolarWorld Americas, with plans to invest in factory improvements that will boost its manufacturing footprint at home.

As part of several corporate initiatives to delever its balance sheet, SunPower is in the process of actively divesting its North America power plant development assets, Werner said on Tuesday. This move would allow the company to focus exclusively on leveraging its SunPower Solutions (SPS) group for power plant equipment sales, he added.

CFO Chuck Boynton, on the other hand, commented that the company’s strong Q1 performance was achieved thanks to “solid execution in all markets while prudently managing expenses”. He added that from a financial point of view, the company’s efforts continue to be focused on improving cash flow, managing working capital and executing on restructuring initiatives.

The table below gives more details about SunPower’s performance in the quarter ended April 1, 2018 and its guidance for Q2.