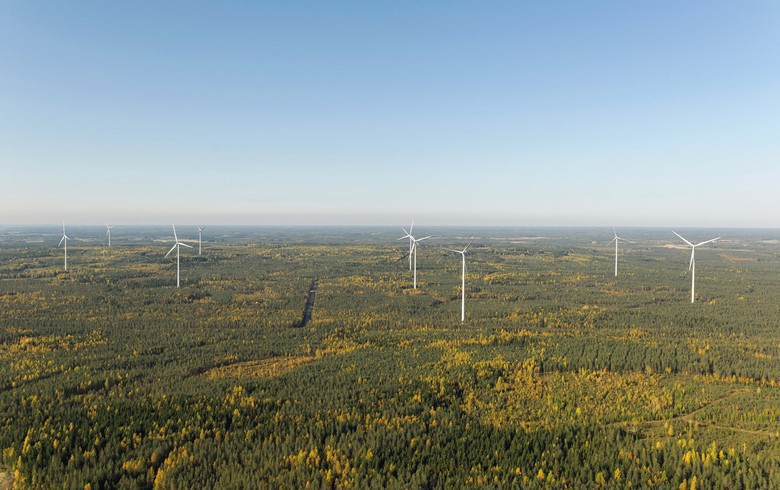 Pajuperankangas is ABO Wind's fourth wind farm in Haapajarvi. The picture shows tubrines erected in 2015 and 2017. Image by ABO Wind.

The contracted electricity will be generated by the 86.8-MW Pajuperankangas wind farm in Finland, which is currently under construction.

The PPA will enable Solvay’s hydrogen peroxide production site in Voikkaa, Finland, to run on 100% wind energy, the Norwegian company said. Statkraft itself procured the output from the Pajuperankangas wind farm under a ten-year PPA it signed recently with the project developer ABO Wind AG (ETR:AB9).

Pajuperankangas will feature 14 Vestas V162 turbines. The wind farm will be ready to start feeding power into the grid in autumn 2023.