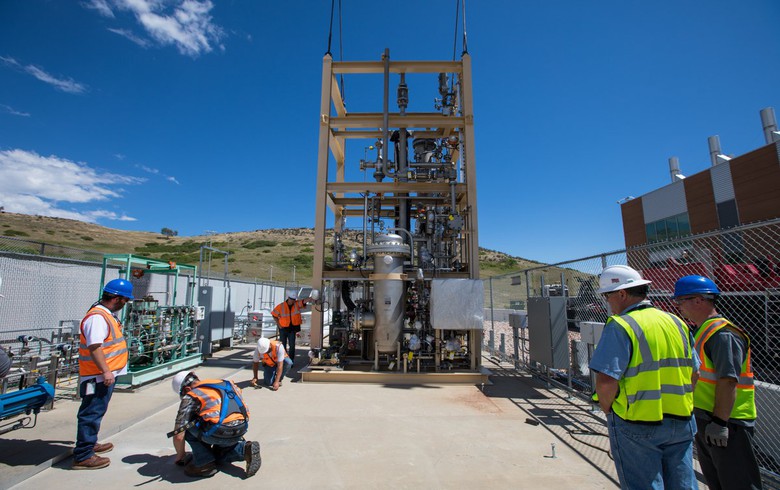 The bioreactor, the first of its kind in the US, will turn hydrogen produced from surplus renewable electricity into pipeline-quality methane, SoCalGas said on Wednesday. It will use archaea microorganisms that consume hydrogen and carbon dioxide (CO2) and produce methane.

Jeff Reed of SoCalGas said that power-to-gas can significantly boost the amount of renewable energy used and noted that as it relies on existing infrastructure it can hold excess renewables for days, weeks or months.

The bioreactor system is installed at NREL's Energy Systems Integration Facility in Golden, Colorado. The pilot project will run for several years, with initial reports expected next year. It will help to assess the commercial viability of the approach and provide insights for potentially designing megawatt-scale systems. The researchers will also identify locations in California and the western US to which this type of grid-scale energy storage would be best suited.

The announcement cites a Lawrence Berkley National Lab study, according to which between 3,300 GWh and 7,800 GWh of excess solar and wind energy will be curtailed in California by 2025. If converted to methane and stored as renewable natural gas, these volumes would be enough to heat 158,000 to 370,000 homes or power 80,000 to 187,000 homes.