SME to test tidal platform in Canada after Scottish campaign 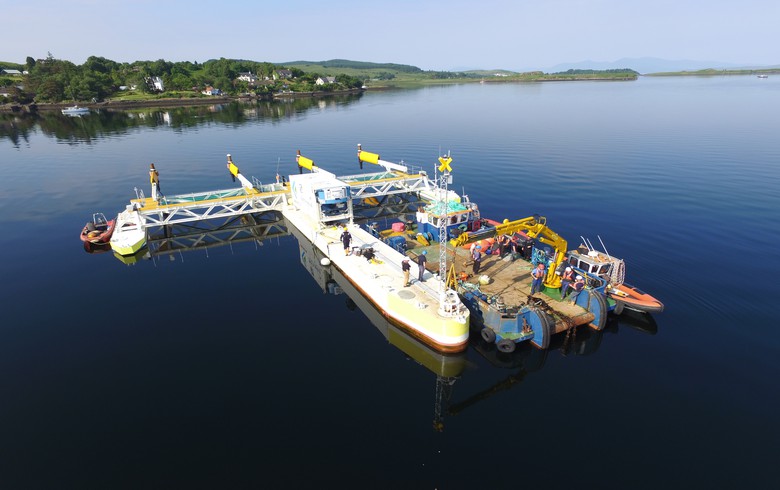 The platform hosts four Schottel Hydro SIT 250 turbines with a combined capacity of 280 kW. SME said the first phase of the testing programme at Connel, on the West coast of Scotland, has validated the platform and power generation technologies.

The second phase of testing in Nova Scotia will focus on proving performance in the harsher climate of Canada and conducting environmental monitoring. SME is partnering with Canadian company Black Rock Tidal Power Inc (BRTP), which has applied to the Nova Scotia Department of Energy for permission to deploy the platform at Grand Passage for at least three months.

SME managing director Jason Hayman said Canada, and Nova Scotia in particular, is key to SME's commercial strategy due to the abundant resource in the Bay of Fundy but also because of the revenue support available for tidal energy generation.

"The Feed-in Tariff will allow us to reduce cost through cumulative deployment of tidal energy technology and be in a position to service markets globally including South East Asia," Hayman added.