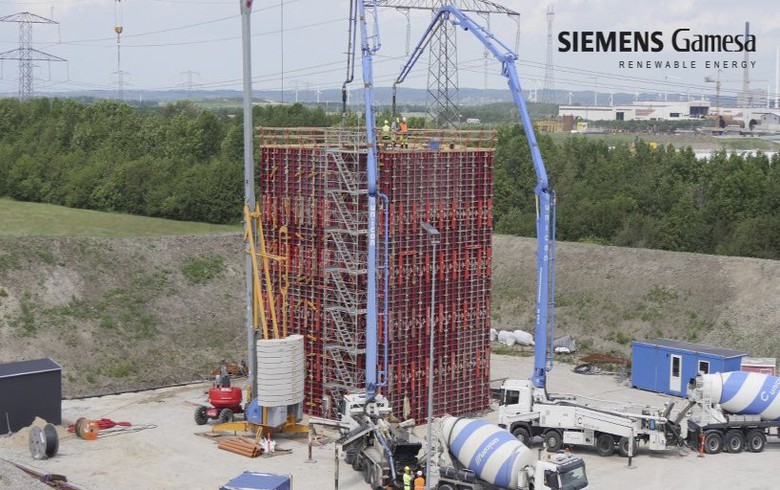 The test stand, located in the Danish city of Aalborg, will be able to run tests on the new generation of SGRE rotor blades and adapt to blade sizes of the future turbine models. The first to be tested are the 94-metre long blades for the SG 10.0-193 DD offshore wind turbine.

The structure itself will be reinforced with more steel rebar per square metre than what is placed in a wind turbine foundation. This is done so it can withstand acceleration tests, SGRE explained.

The facility will be ready for operations before the end of 2019, the turbine maker said Thursday.