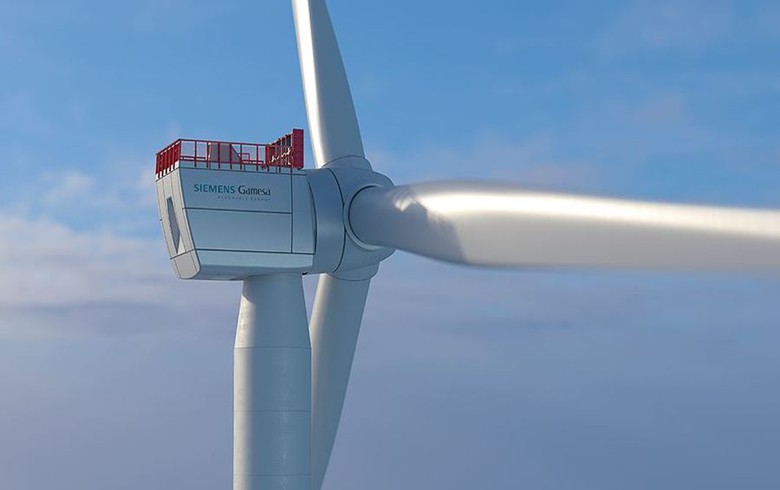 The company said in a statement it is currently finalising an installation hub on the same plot to enable direct load out of wind turbine components to French projects. So far, it has hired a total of 500 employees for the new factory and anticipates filling a further 250 positions by early 2023.

According to Siemens Gamesa, this is the world’s first facility to encompass both offshore wind turbine nacelle and blade manufacturing under one roof. There, the company will be making both its offshore Direct Drive wind turbine nacelles and IntegralBlades to serve its already secured firm orders and preferred supplier deals for the French market totalling 2.5 GW.

Siemens Gamesa is to deliver both 7-MW and 8-MW offshore Direct Drive nacelles, as well as 75-metre long B75 blades and 81-metre long B81 blades for these projects.

“The French Offshore Sector Deal recently signed by the French Government commits to 18 GW to be installed by 2035 and for awards growing from 2 GW per year from 2025 onwards. The growth path is crystal clear. [...] The growing market opportunity and public commitments secure the long-term prospects for our new colleagues,” commented Filippo Cimitan, managing director of Siemens Gamesa France.