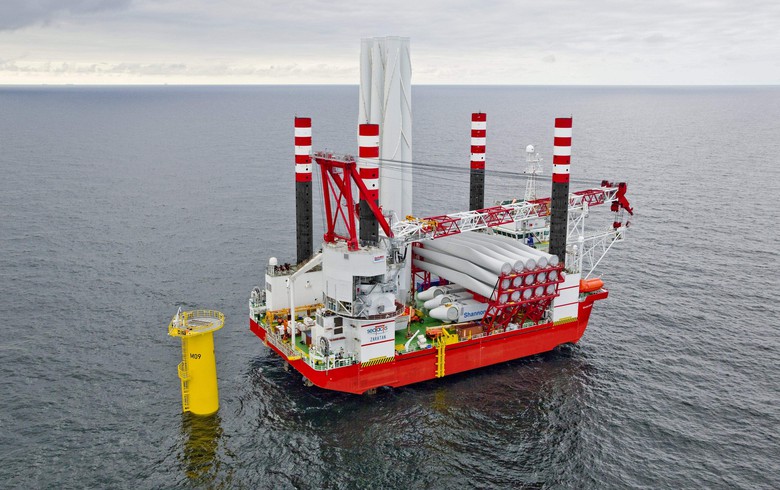 Image of the Zaratan.

May 3 (Renewables Now) - England-based offshore installation firm Seajacks has been selected to install 20 Siemens Gamesa wind turbines for a 120-MW offshore wind project in Taiwan, or phase II of the Formosa 1 development.

The company’s jack-up vessel Seajacks Zaratan is to start work in the second quarter of 2019, Seajacks said Wednesday. The installation contract is subject to a final investment decision and financial close on the project. Both are expected later in 2018.

Seajacks will be installing the SWT-6.0-154 offshore wind turbines in water depths of around 30 metres off the coast of Miaoli County, northwestern Taiwan.

“We welcome Seajacks bringing a suitable vessel to Taiwan as one of the first suppliers, relieving one of the bottlenecks for utility scale offshore wind in the region,” said Niels Steenberg, head of Siemens Gamesa in APAC. He added that more projects are expected to follow, now that the Taiwanese offshore wind pipeline until 2024 is clear.

Phase I of Formosa 1 involved the installation of two 4-MW turbines by Siemens, commissioned in 2017.