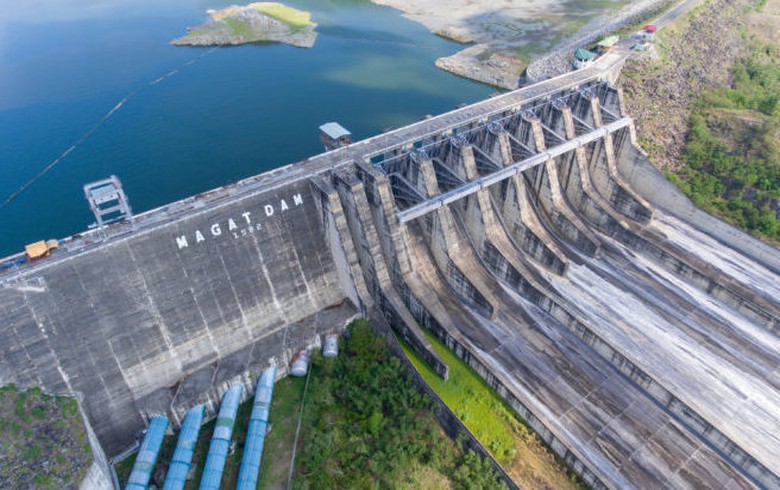 The Magat Dam in the Philippines. Source: Scatec.

April 5 (Renewables Now) - The joint venture between power companies Scatec ASA (OSL:SCATC) of Norway and Aboitiz Power Corporation of the Philippines has made the final investment decision (FID) for a 20-MW energy storage project at a hydropower plant (HPP) in the Philippine province of Isabela.

SN Aboitiz Power Group (SNAP) will rely on financing from the Bank of the Philippine Islands and China Banking Corporation, as well as the EPC services of Hitachi Energy, to install the battery energy storage system (BESS) at the Magat HPP in Ramon, which has a nameplate capacity of 360 MW.

The battery facility, expandable to 24 MW, will be able to dispatch energy to the grid at times of peak demand. It will be used primarily for ancillary services, according to the announcement.

The pre-construction phase of the project took place last year and included site surveys and basic engineering design. The start of actual construction is planned for later this year and commissioning is scheduled for 2024.

Last week it was announced as well that the International Finance Corporation (IFC) has signed a deal with AboitizPower in relation to a new study that should help assess the viability of renewables as a source of baseload power in the Philippines. The study will evaluate hybrid solar photovoltaic (PV) and energy storage solutions, as well as the technical and economic viability of generating power from a mix of renewable sources within the context of the country's power needs and supply-demand patterns.

"Our engagement with IFC is a significant step in mapping an effective climate action roadmap for the company," said AboitizPower president and CEO, Emmanuel V. Rubio.