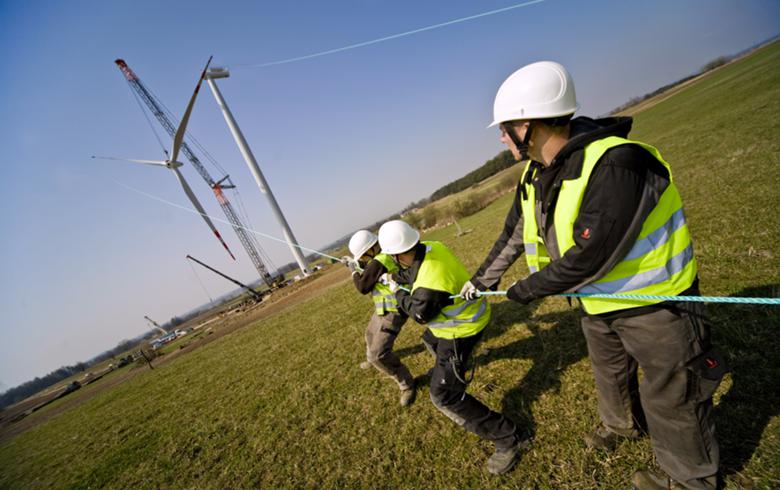 May 15 (Renewables Now) - German energy group RWE AG (ETR:RWE), which is paving its way towards becoming a renewables giant, has more than tripled its stand-alone adjusted net profit in the first quarter of 2019 following an “outstanding” trading performance.

The Essen-based company today reported a surge in stand-alone adjusted net profit to EUR 273 million (USD 305m) from EUR 78 million a year back. RWE pointed at the “outstanding performance” of the Supply & Trading segment, which booked adjusted earnings before interest, tax, depreciation and amortisation (EBITDA) of EUR 255 million.

Below you can find more details about the group’s financial performance in Q1.

CFO Markus Krebber stated that the management is satisfied with the company’s performance in January-March 2019 and confirmed its forecast for the full year. RWE continues to expect adjusted EBITDA of EUR 1.2 billion-1.5 billion and adjusted net profit of EUR 300 million-600 million for 2019. It also anticipates raising the annual dividend to EUR 0.80 per share from EUR 0.70 apiece.

As per the company’s agreed asset swaps with German utility E.on (ETR:EOAN), Krebber commented that RWE is on schedule in implementing the complex transaction. The deal, announced last year, calls for RWE to acquire and combine the renewable energy businesses of its majority-owned unit Innogy SE (ETR:IGY) and E.on. The latter, in turn, will take RWE’s stake in Innogy.

Following the asset swap, RWE will be the world’s second-largest offshore wind farms operator and among the five largest renewable energy producers, it said.