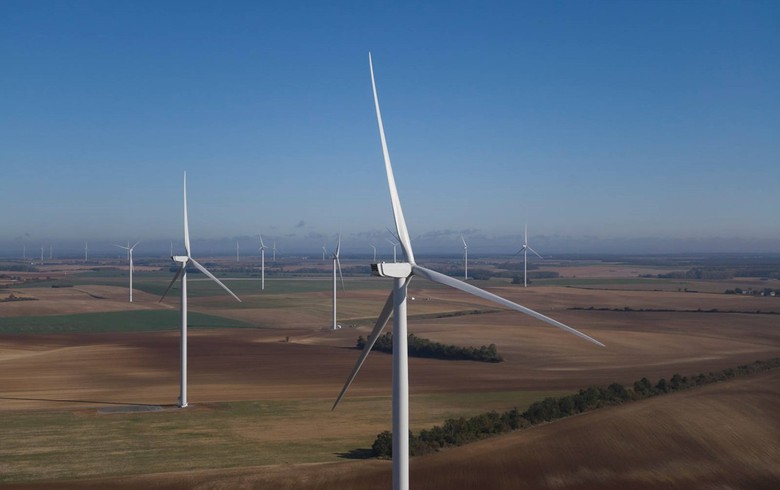 December 22 (Renewables Now) - German energy major RWE AG (ETR:RWE) has started the construction of three onshore wind parks in France with a total capacity of 50 MW which will be brought into operation in 2022.

The three projects include the expansion of the Epine Marie Madeleine site in the Hauts-de-France region in the north of the country and the construction of the Coupru and Allerey plants, RWE said on Tuesday.

The German company is adding 23 MW to the existing Epine Marie Madeleine wind park to expand the facility to a total of seven Nordex turbines that are expected to supply more than 14,000 households from the fourth quarter of next year.

The Allerey wind farm of 15 MW will be built about 60 kilometres (37.28 miles) west of Dijon in the eastern region of Bourgogne-Franche-Comte. The five Nordex turbines will be put into operation in 2022.

Preparation works are already running also for the 12-MW Coupru wind farm. The project involves the installation of five Nordex turbines each of 2.4 MW in the Hauts-de-France region. The park is being developed in cooperation with French energy giant TotalEnergies SE (EPA:TTE).

Once up and running, the three wind farms will supply green electricity to more than 28,000 French households.

The projects are a further step in RWE's expansion on the French onshore wind market where the Essen-based company has been present for about a year. It has already switched on the 26.4-MW Les Pierrots wind farm and is currently building two more wind farms of a combined 33 MW in the Hauts-de-France region which are due to be put online in 2022.