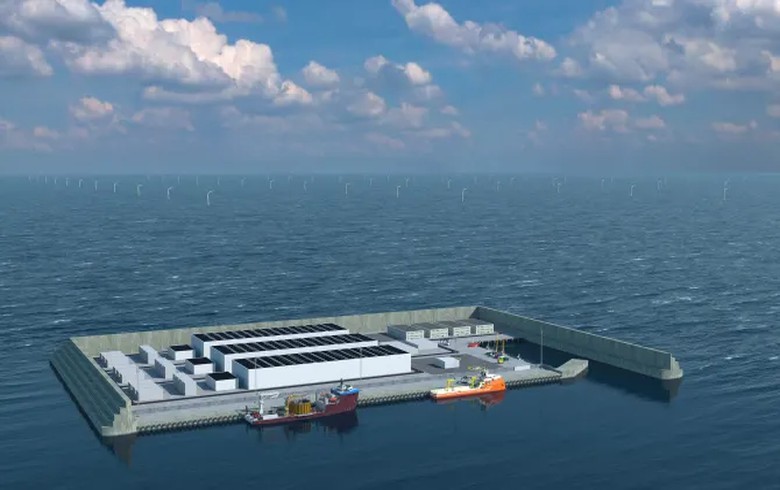 An artist's rendition of the Danish wind energy hub in the North Sea. Source: The Danish Energy Agency

In February, Denmark reached a broad political agreement to build an artificial island in the North Sea surrounded by offshore wind turbines with a potential capacity of 10 GW. According to an announcement by the energy ministry at the time, the government wants to realise the DKK-210-billion (USD 34bn/EUR 28bn) project through a public-private partnership and plans to open a tender to select private partners. Ultimately, the state will own the majority of the island.

The newly unveiled partnership brings together Ørsted's offshore wind expertise with the capabilities of Denmark's largest institutional investor with DKK 960 billion of funds.

Ørsted chief executive Mads Nipper said the energy island "will be absolutely key to the continued build-out of offshore wind in the Danish North Sea." It can make a significant contribution towards the green transition in Denmark and Europe, the companies noted.

"The North Sea energy island is a very interesting investment case for ATP, because it can contribute to good and stable pensions and develop Danish industrial positions of strength while also being a decisive lever for the green transition in Denmark," said ATP chief executive Bo Foged.

The companies said they will look into the optimal integration of Power-to-X with the energy island and the future North Sea energy infrastructure. Ørsted has developed a portfolio of Power-to-X projects around the North Sea that are planned to be connected to offshore wind, according to the announcement.