A press statement released on Tuesday says that the Queens-based energy asset manager and developer, a unit of LS Power, has secured an ownership stake in an offshore wind project aiming to deliver 1.3 GW of clean energy. It states that this “will be an integral part” of a proposal to be filed with the New York State Energy Research and Development Authority (NYSERDA) on January 26 – the proposal submission deadline for the competitive offshore wind solicitation launched last summer.

The announcement was made at an event attended by congresswoman Nydia Velazquez, and senators Kristen Gonzalez and Liz Krueger.

Rise is the owner and operator of the 2,050-MW Ravenswood Generating Station in Long Island City, Queens. In July 2022, the company presented its vision for transforming the 27-acre waterfront industrial site into a clean energy hub and later filed for approval of a submarine electric system project known as the Queensboro Renewable Express. Through it, the company seeks to deliver offshore wind power to Ravenswood.

More specifically, through an extended application, Rise is seeking clearance to connect one of two 1,310-MW circuits of the Queensboro Renewable Express to an offshore wind farm, which would result in the retirement of one of the plant's 1960s-era fossil fuel generators. This is in addition to the 500 MW of peakers that are already being retired at Ravenswood.

The project will rely on existing energy infrastructure at the site but also involves the creation of an offshore wind operations and maintenance (O&M) hub there. Moreover, training programmes are planned for Ravenswood's union workforce. 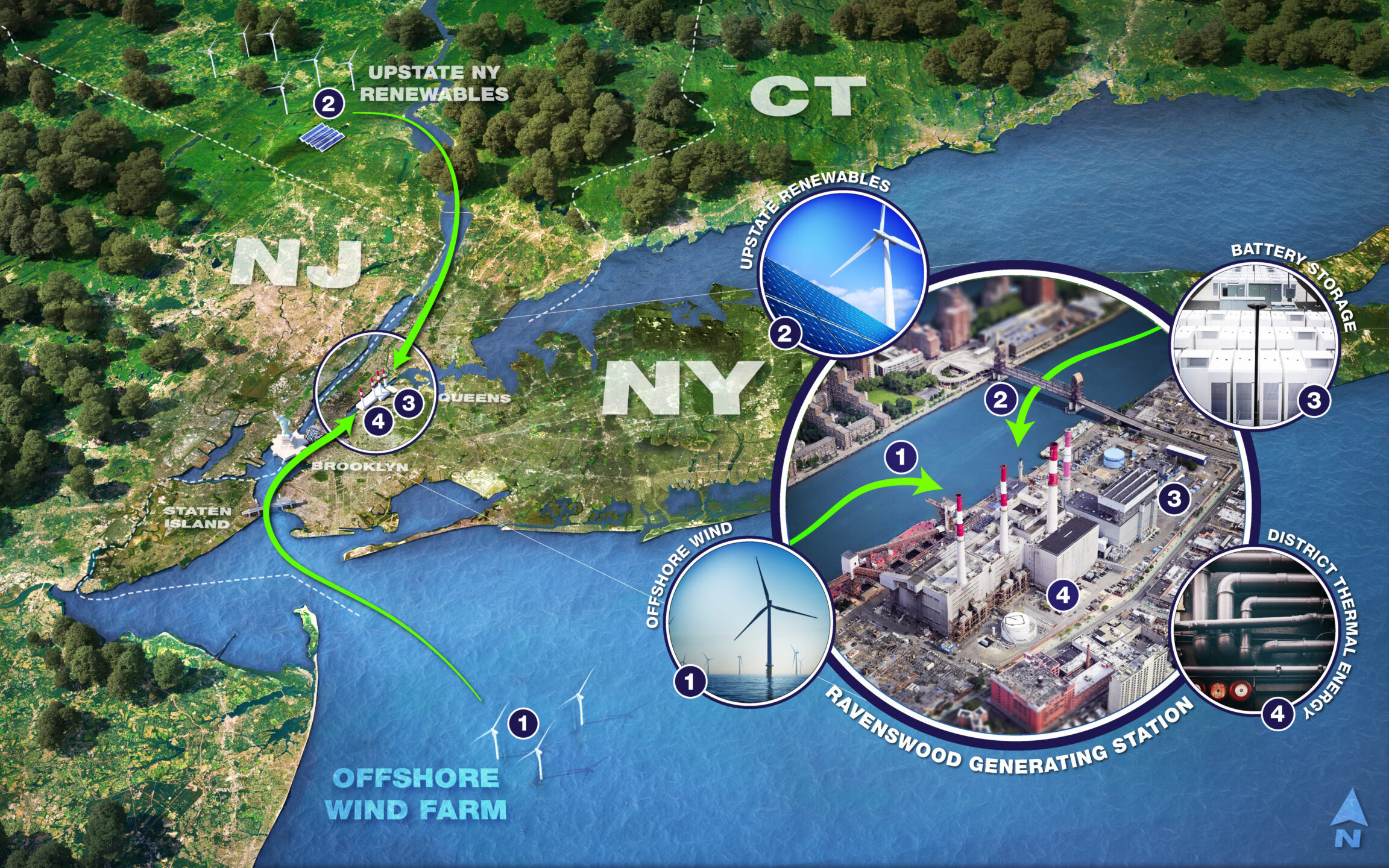