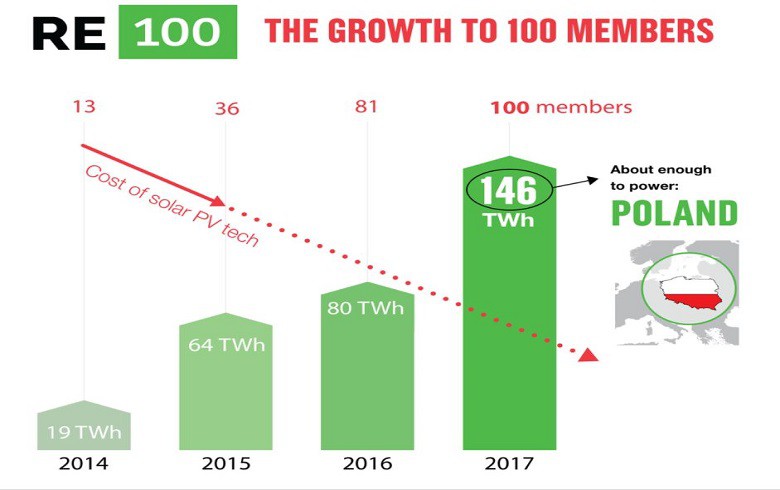 RE 100 The growth to 100 members. Graphic by The Climate Group. All rights reserved.

July 13 (Renewables Now) - The RE 100 initiative has passed 100 members three years ahead of schedule, creating demand for 146 TWh of renewable power per year.

This combined demand is now equal to the annual electricity consumption of Poland, the campaign noted in a news release published on Monday.

AkzoNobel became the second biggest electricity user to join RE100 after Walmart, consuming around 16 TWh annually. The Dutch paints and coatings company aims to be carbon neutral and use 100% renewable energy – heat as well as electricity – by 2050.

Burberry is aiming to procure 100% of electricity from renewable resources to power its whole business by 2022.

The Carlsberg Group is switching to 100% renewable electricity at its breweries by 2022, as a step towards its target to become carbon neutral in 2030. 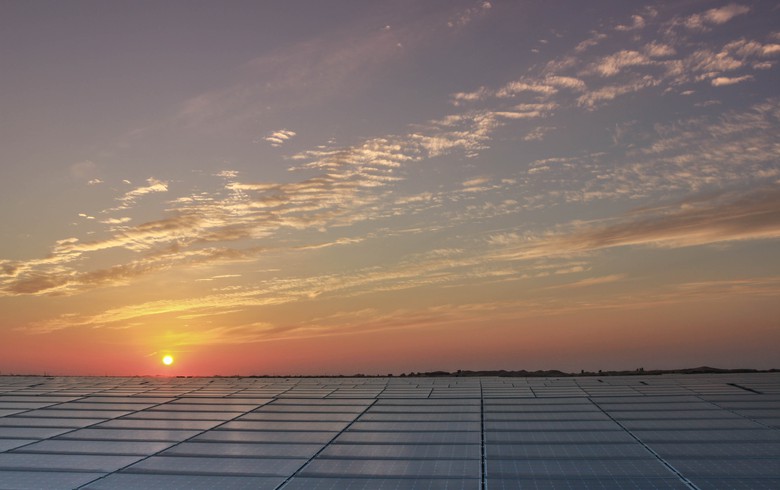